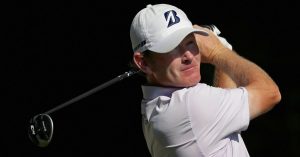 Brandt Snedeker won the Wyndham Championship by three shots in the wake of finishing 29 holes in a single day.

Brandt Newell Snedeker is an American national and a professional golf player. His notable achievements include winning the FedEx Cup in 2013.

With streaks ending this year for Garcia, Haas and Donald, only 10 players have made playoffs every year of FedExCup (since ’07):

The 37-year-old American, completed his third round yesterday, and today he shot a last round 65 to complete 21 under for his second win at the competition.

Pan shared the lead on 20 under heading into the eighteenth, however drove beyond the field of play and could just deal with a double bogey.

Brandt Snedeker just shot the 10th sub-60 round in PGA TOUR history. It’s just the third with a bogey.

He missed an 8-foot par putt on his first hole.

Snedeker had driven from the beginning, marking for a 59 after the opening round, just the tenth sub-60 round in PGA Tour history.

Brandt Snedeker becomes the 9th player in PGA TOUR history to shoot a 59 or better and the first to do so after starting his round with a bogey.

It’s the 4th sub-60 score in the last 3 years, matching the number on TOUR in the previous 24 years. pic.twitter.com/UBiONaVMQa