Portugal took the lead early as Ronaldo scored a sensational penalty to put his team ahead.

Cristiano Ronaldo at the #WorldCup:

A new personal best at the tournament after just 45 minutes. pic.twitter.com/kwRRiDIaJT 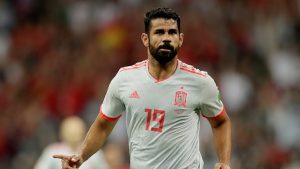 However, the legendary Cristiano struck a late goal at the 44th minute as the 1st half came to an end. 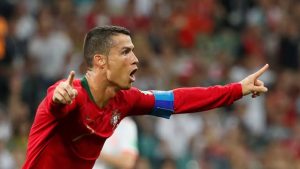 Diego Costa. Simply amazing. Would do anything for him to come back. pic.twitter.com/KWDLd7kicU

A controversial no-call followed by a no-doubt finish by Diego Costa to level the score against Portugal #ESP⁠ ⁠pic.twitter.com/wHwydB28DO

Star player for #Por is not #Ronaldo its david #DeGea #ESP #FifaWorldCup2018 pic.twitter.com/hEhhV5g2nM