Wearing the Role Models caps, both of weightlifters will serve as an example for the young competing Olympians. The examples will be provided  focusing on knowledge and through educational activities and workshops.

An Olympian herself, King understands the difficulty and dedication required to make an Olympic Team and then perform on the world stage. At the 2016 Olympic Games in Rio de Janeiro, Brazil, King set an American Record in the 48 kg weight category with an 83 kg snatch.
King shared her feelings by stating to USA Weightlifting:
Oscar Albeiro Figueroa Mosquera – Columbia 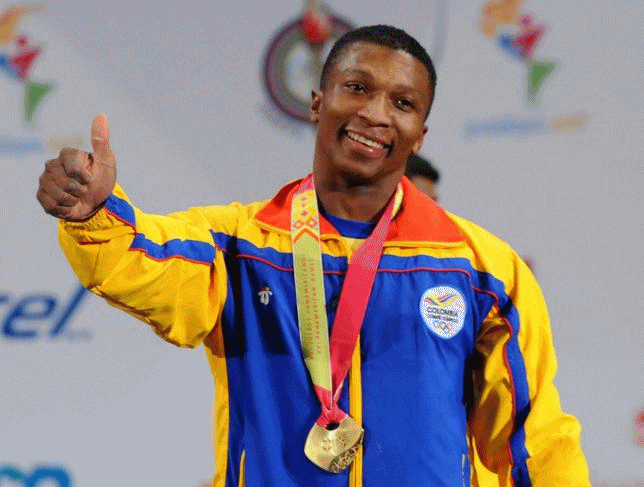 Oscar Figueroa having started weightlifting at the age of 10, became a very much respected and successful athlete in Columbia.

He is the only male Olympic champion in weightlifting in Columbia and has participated in 4 Olympic Games and won a Silver Medal in the London Olympics 2012 and a Gold Medal at the Rio 2016 Olympics.

As to being a Role Model in Buenos Aires, Oscar said:
As an advice, for the younger participants Oscar Figueroa added: