Daring and Thrilling. Bungee Jumping is more of a hobby for some people rather than a sport. This is not a game for individuals with a weak minded or involved in any serious health problem.

Meaning any person who is willing to tie him/herself from a rope and jump from several hundred feet above the ground should be considered insane. Right? Well, apparently not. Despite being such a dangerous sport, it is still very popular among the community nowadays.

What is Bungee Jumping?  As, hinted above Bungee Jumping is when a person leaps from a considerable height while his feet or ankles are connected to a large elastic cord (or rope). This is considered to be an adrenaline filled activity that is dangerous and adventurous at the same time.

History of Bungee Jumping – The history of this sport goes way back to the ritual jump that originated from the Pentecost island of Vanuatu. Branches were collected from the surrounding forest and then tied together to erect a tall tower of about 100 feet tall.

Modern Day Bungee Jumping – The modern day Bungee Jumping was first reported in 1979 in England. This is when a few members of the Oxford Dangerous Spot Club managed to make a few jumps from the 80-meter Clifton Bridge that is located in Bristol, England.

Also, a point worth noting is that this sport was pretty much illegal at that time.

When was this Activity Commercially Organized? The form of Bungee Jumping that we see today was first commercially organized by a New Zealander by the name of A J Hackett. Hackett managed to make his first jump in his home country, New Zealand and the venue he chose to do it was Auckland’s Greenhithe Bridge in 1986.

Variations In Bungee Jumping – With the passage of time, more variations other than the conventional one arose in Bungee Jumping. As, this sport is all about getting thrill, so there was no reason as to why new improvisations should not be considered.

That is why we have listed some of the popular variations down below: 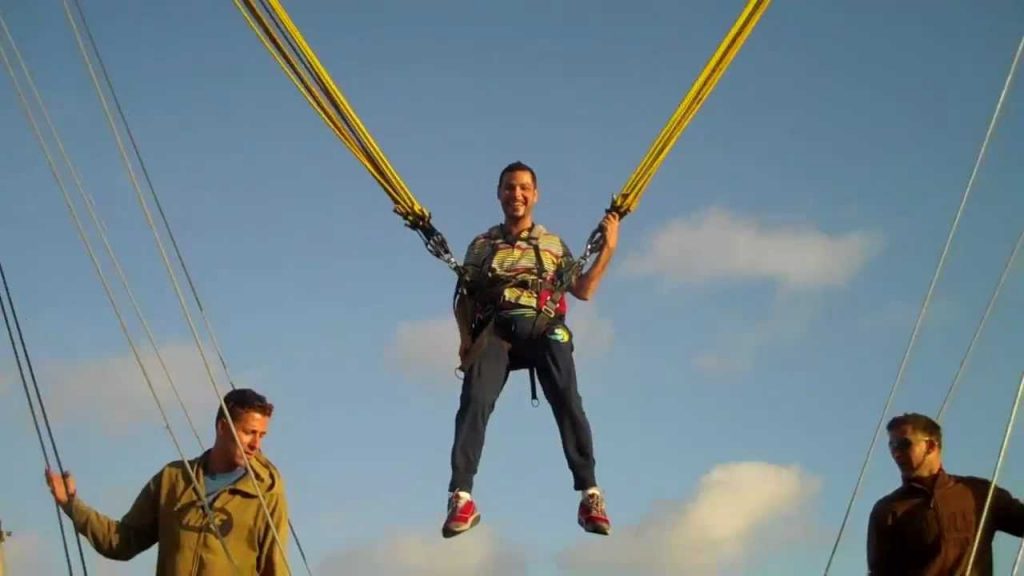 Number 1 in our list is the catapult. The reason as to why this is called by this name is because it involves shooting the jumper from a basket with the help of rope, similar to a catapult.

How does Bungee Catapult Work? The jumper is fully secured and the cord is stretched and then released which results in shooting the jumper in the air. Mostly, this is achieved through a crane or a semi-permanent structure. 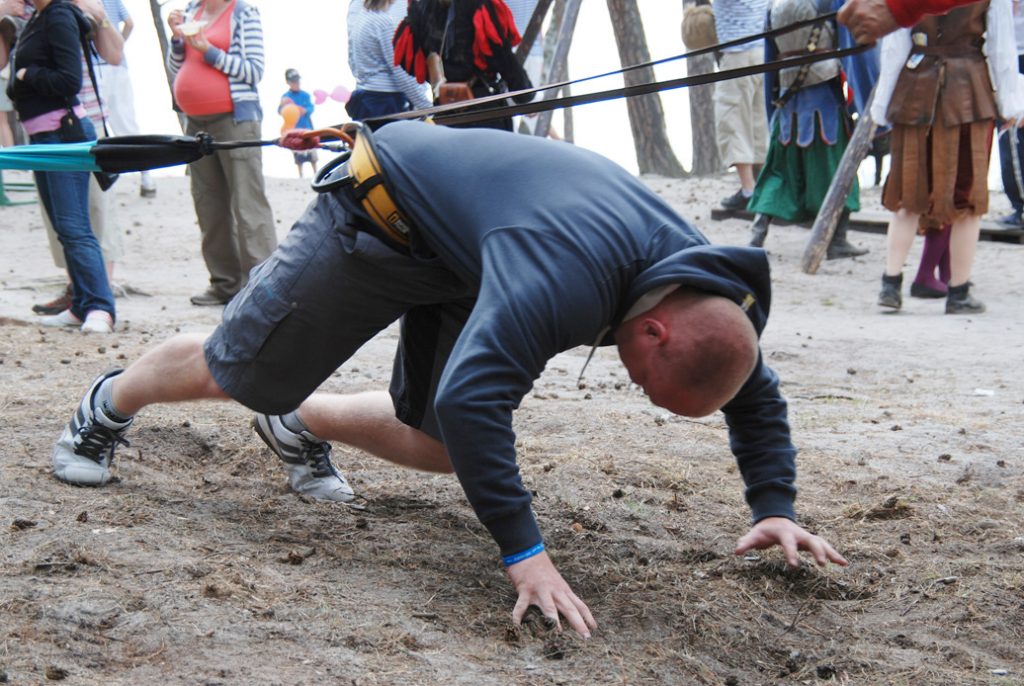 Also known as “Bungee Running”, this variation involves no jumping at all. Yes, you heard it right. So, before you go off wondering as to how does it work let me tell you.

What Happens During Bungee Running?

The individual who is participating in this activity, simply has to run along a track with a bungee cord attached to his body.

Most popular among children, this variation does involve any dangerous stuff as your feet always stay on the ground while you run from a heighted position towards the ground. 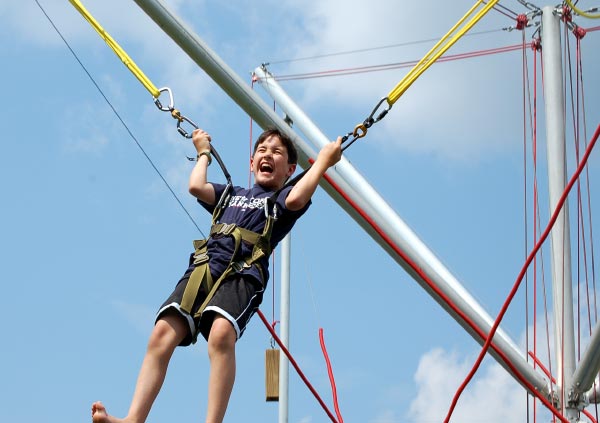 Commonly known as “Bungy Trampoline”, this variation has the elements of both bungy and trampoline.

How Does It Work? The participant is fitted into a body harness that is attached via bungy cords which are attached to two high poles. Both these poles are placed on either side of the trampoline.

Then the participant merely jumps on the trampoline and the elasticity in the cords allow him to jump at a greater height than he normally would on a trampoline. 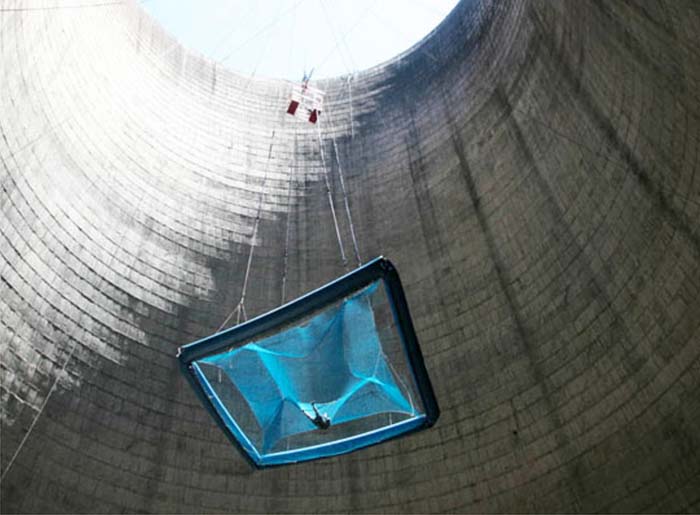 This variation is not for the faint minded individual as it is the most dangerous variation of this sport.

Yes, instead a participant directly falls from a few hundred feet into a net. Pretty Insane right! Well it only goes to show that people go to great heights to attain their thrill level.

Top 3 Sites In The World For Bungee Jumping – This sport is gaining popularity at a very fast rate and more and more people are trying this activity for the fun involved in it. However, not every Bungee Jumping destination provides the same thrill that some others do.

So, we have compiled the top three venues for you that are of decent height and will provide you a memorable experience. 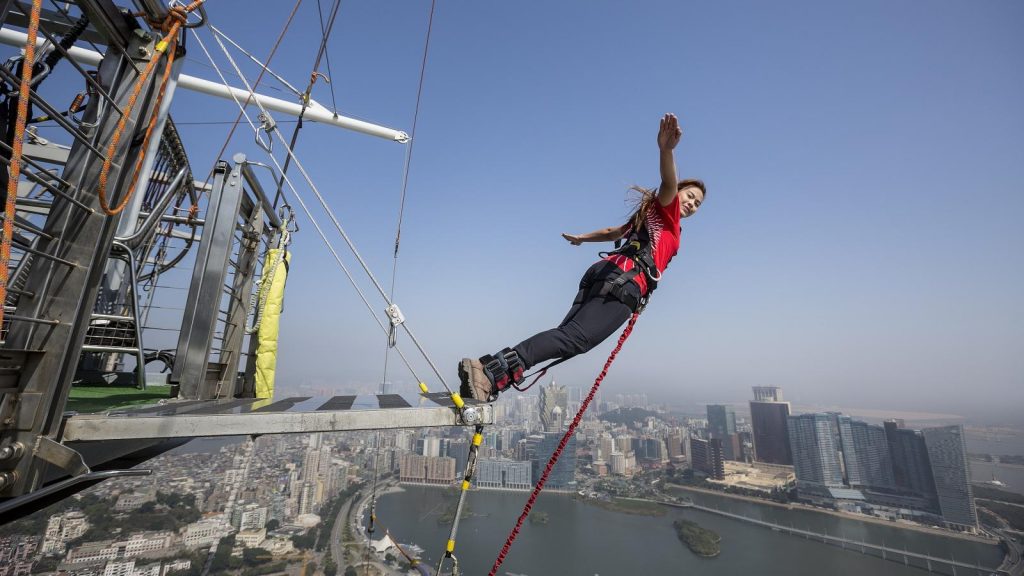 Macau, a city that is known for its gambling and casinos, however this is not the only thing that it is known for.

As, the Macau Tower situated in this city stands 233 meters tall and is a very popular destination for Bungee Jumpers. This is also the place where A J Hackett of New Zealand made a record jump of 233-meter and set the Guinness world record in 2007. 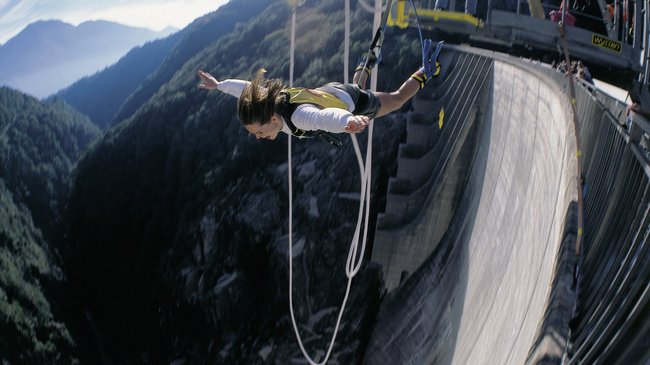 The best place to test your height fears is this tower that is situated in the beautiful city of Ticino. With an overall height of 220 meters this venue gives such a thrilling experience that even seeing it firsthand can give anyone goosebumps.

The best time to try this activity is at night time as the dam is lit with flood lights or sometimes by the moon that gives a soothing and thrilling experience to the participant at the same time. 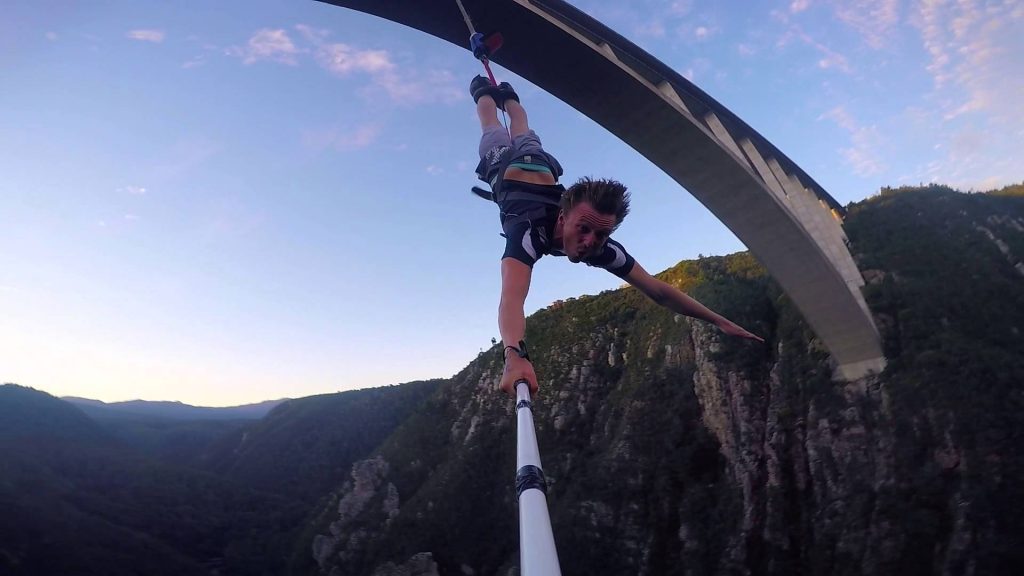 This jumping site holds the honor of being the highest commercial natural bungee jump in the world.

The bridge stands tall at 216 meters and jumping from this bridge gives an amazing view of the wilderness that is surrounded in the beautiful country of South Africa.

No matter how excited you become after learning about this sport, however this is not for everyone as medical complications might arise. So, some of the precautions that one has to take before attempting this are as follows:

·         Professional Support is the first and foremost precaution that one might take when attempting this sport. Choose a staff that is well-trained and covers all the safety procedures and techniques to ensure maximum protection.

·         Consulting your physician is extremely important as he knows your medical condition more than you do and without his recommendation it might be dangerous if you attempt this sport.

·         Always choose that jumping site which is clear of any sort of suspended objects, debris or any other hindrance that you might face while jumping.

·         Your equipment should be top-class. Try to spend more on this aspect as faulty equipment might even cost you your life.

·         Lastly, keep cool and don’t forget to enjoy this memorable experience of a life-time.