These are the first eight matches of Champions League, Group stage Match Day 6 of 6. The highlights are appended below: 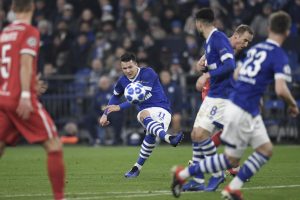 Alessandro Schöpf wins it at the death for Schalke. #S04LMFC 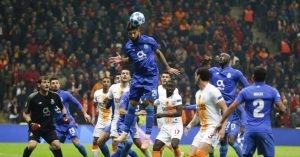 Its your freaking duty to play at your best. Not only need you to play as good as possible but prize money (win bonus) you received in champions league is good for the club on his own. So no. We wont have to thank you. #GS #Galatasaray #Schalke04 #Porto #GalavsPorto

FC Porto unbeaten through group of play, Tottenham face starter-less Barcelona in must win and Liverpool vs. Napoli looking like the match of the day! Winner most likely in! #ChampionsLeague 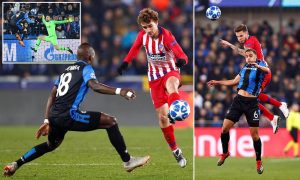 Add another clean sheet to Ethan Horvath’s current run with Club Brugge, this time against Atletico Madrid in a 0-0 draw. #UCL #USMNT

FT – Club Brugge draw 0-0 with Atlético Madrid. The blue and black bow out of the Champions League as third with six points out of six games and enter the @EuropaLeague.#CLUATL #BrujasAtleti #UCL pic.twitter.com/2q6EpSC9P1 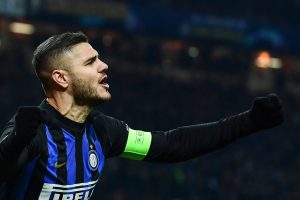 And look at Inter Milan unable to subdue PSV that has been drinking goals throughout this campaign. Something fishy about these neat 1-1 draws. ?

Spurs owe a massive thank you to PSV as well! Crazy that they managed to draw with Inter Milan despite having nothing to play for. #BARTOT #UCL

Despite #THFC‘s draw with #FCBarcelona, PSV have helped us greatly by drawing with Inter Milan as well, sending Spurs to the #UCL last 16!

We finish the group stage in 2nd place, level on points with Inter but with a superior head-to-head record! #COYS #BARTOT #INTPSV https://t.co/3tR2oN9ucD

Despite Mauro Icardi’s 73rd minute leveller, ultimately @Inter have to be content with a place in the #EuropaLeague in the new year following this evening’s draw with reigning #Eredivisie champions @PSV. #INTPSV #UCL https://t.co/LSCZHI27JY