Champions League ’18-19 – Highlights: Juventus Finish At The Top Of The Group

These are the last eight matches of Champions League, Group stage Match Day 6 of 6. The highlights are appended below: 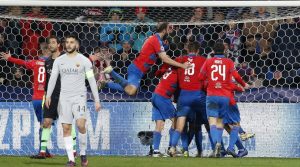 Real Madrid lose to
CKSA Moscow &
Roma lose to Viktoria Plzen.
So in all probability
Valencia will lose against
Manchester United.

What a way to start the Wednesday, both Real Madrid and Roma lose on the night but qualify for the knockout stages in 1st and 2nd respectively. More football to come to conclude the Champions League group stages

Roma start most of their key players in a dead rubber v Plzen, in order to prevent a loss which would kill morale even further… then that first-team bunch manage to lose the meaningless game anyway. Embarrassing. pic.twitter.com/ocvuXF2Axy 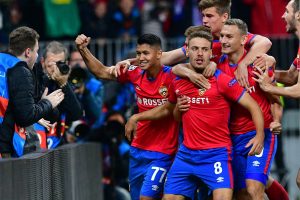 It’s a night of upsets, which means Man Utd now have a chance to beat Valencia tonight.

Real Madrid lose at home in the #UCL group stage for the first time since 2009, featuring Kaka, Pato, Ronaldinho and Pirlo ? pic.twitter.com/2T7kNK7jRh 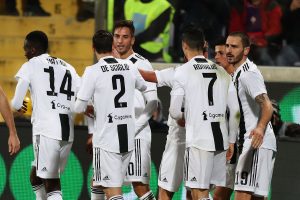 Borussia Dortmund, Barcelona, Porto, Bayern Munich, Real Madrid or Juventus for #LFC in the last 16 of the @ChampionsLeague. Draw is on Monday.

Juventus, Madrid, Inter and United were definitely approached by betting companies. Monies being wired to their club accounts as we speak.

Dybala celebrates rifling one into the top corner. Chalked off though thanks to Ronaldo in an offside position trying to get his head on it. 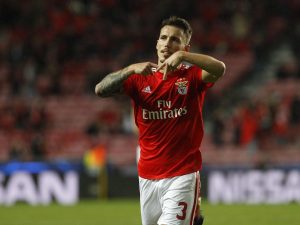 #Benfica Grimaldo’s goal not only helped #Benfica win and gain 3M in more prize money, but also clinch as a seeded team in the next Europa Draw. Both the Europa (13:00) for Benfica and Champions league Draw for #FCPorto (12:00) will take place this Monday, Dec. 17.

Jajaja true, shithouse 1-0 win vs Benfica at home, 2-2 vs Benfica away. 1-0 loss vs Atletico, 0-0 vs Shakhtar. Our away record in the CL under Pep was average. Im not defending Kovac though, but you are exaggerating. https://t.co/SYM9MAMq65