These are the first eight matches of Champions League, Group stage Match Day 3 of 6. The highlights are appended below: 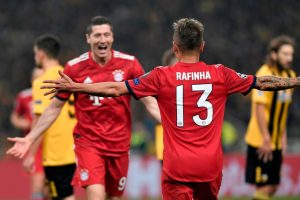 Bayern Munich scored twice in three minutes as they beat AEK Athens in the Champions League to further ease the pressure on coach Niko Kovac.https://t.co/LIkp2fOsaA pic.twitter.com/M76pWVdpAT

Goals from Robert Lewandowski and Javi Martínez give Bayern a comfortable win in Greece. pic.twitter.com/PL2EV7Qivn

Match 2 of 16: Young Boys vs Valencia 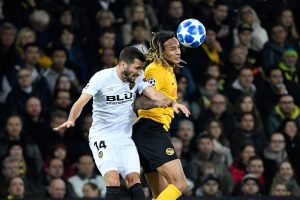 Young Boys fight back in the second half to claim a point vs. Los Che in Champions League Group H. pic.twitter.com/oqAYvhn9g8 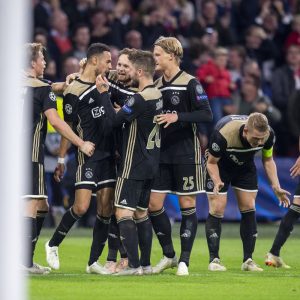 11 – Frenkie de Jong made more recoveries than any other player during Ajax – Benfica (11), while creating the joint-most chances (3, with Hakim Ziyech). Allrounder. pic.twitter.com/gn3Wiie0CB

Best end to a game I’ve been to

Ajax win their first five European home matches in a single season for the third time, after 1969/70 and 1995/96. @AFCAjax #AJABEN 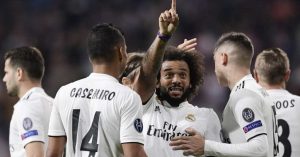 Real Madrid turned in an unconvincing performance as they scraped past Czech outfit Viktoria Plzen with a 2-1 win at the Santiago Bernabeu on Tuesday evening. pic.twitter.com/Qa9uiHopKh

?️ Casemiro: “We have all the faith in the world in our manager. Real Madrid always want to win and we know that playing at the Camp Nou is special, tough game, but naturally we want to get the three points.” pic.twitter.com/4I1vRu2Qt1

Gareth Bale has now been directly involved in 145 goals in 200 games across all competitions for Real Madrid.

Another assist for the Welsh wizard tonight. ? pic.twitter.com/2bIdY62yXe