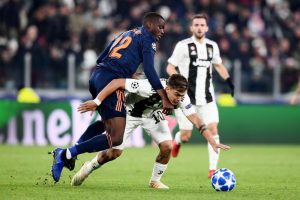 5 – #Juventus have progressed to the #UCL/European Cup Last 16 in five consecutive campaigns for the first time in their history. Infallible. #JuveVCF pic.twitter.com/IlabbiQDgu

Cristiano Ronaldo has now been directly involved in 11 goals in 9 appearances at Juventus Stadium across all competitions (5 goals, 6 assists). 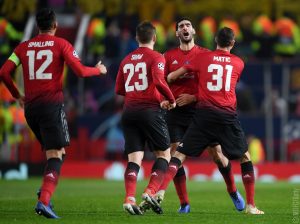 ⏱ @ManUtd were 2 minutes away from not scoring a SINGLE goal….

?….at Old Trafford in the @ChampionsLeague Group Stage this season…..

Who will join them? ? pic.twitter.com/XADIQjDVg6

Surely there is no team in world football that wins as many football matches while playing absolutely shite as Manchester United do? #MUNYB

Normal people still think Fellaini is not an asset for Manchester United. in fact, many perfectly rational people will be sad because he is the hero tonight.

As I always say, the human mind is a strange place. LOL.

Marouane Fellaini is the hero for Manchester United against Young Boys as the Belgian scores a late winner to see Jose Mourinho’s men qualify for the Champions League knockout stages.#UCL #MUNYB pic.twitter.com/EW7ls1eo86

Not for the first time the remarkable David de Gea rescues @ManUtd with a truly remarkable save: pic.twitter.com/thaeNxE2PN 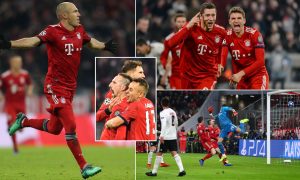 19-year-old ?? Jeong Woo-yeong comes off the bench in the 81st minute to make his senior debut for ?? @Bundesliga_EN giants @FCBayern in their 5-1 win over Benfica. pic.twitter.com/D3oc4d0fn1

I need this in record. If @jamesdrodriguez doesn’t make it back in time, @juventusfcen wins the @ChampionsLeague.
.#BayernMunich @FCBayern #UCL

Bayern Munich can secure a place in the Champions League knockout stages with a win over Benfica tonight https://t.co/hOGTlyormo #BAYBEN #UCL

? WHAT A GAME! WE BEAT HOFFENHEIM 3-2 IN THE UEFA CHAMPIONS LEAGUE! WE’RE IN PLAY! ?