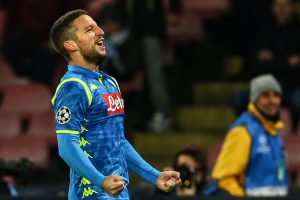 Red Star scored a late goal vs. Napoli which means that if Liverpool beat Napoli 1-0, Liverpool go through. Any more goals in the game and they need to win by two clear goals. Seems familiar to something before.

IF: Liverpool beat Napoli at Anfield 1-0 they go THROUGH ✅

IF: Liverpool win 2-1 they go OUT on the away goals rule ❌

IF: Liverpool win by two or more goals they are THROUGH ✅

It’s not over yet! pic.twitter.com/lCQBJ5C563

A certain Antonio Conte wanted Dries Mertens badly. Was top of his wishlist at Chelsea in 2017, before Mertens signed a new deal with Napoli. Also Barcelona were seriously interested that summer. https://t.co/Ffci1Fw0X1 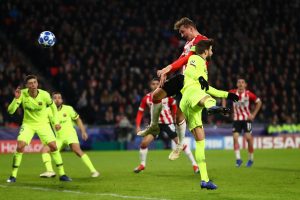 Barcelona top the ‘Group of Death’ with a game to spare.

Wasn’t so tough, after all ? pic.twitter.com/FMZvrEq2X1

CONFIRMED: Teams that have qualified for the 2018/19 Champions League knockout stage:

8 – @FCBarcelona goalkeeper @mterstegen1 made eight saves against PSV, more than in any other game this season in all competitions. Balsam. pic.twitter.com/PGdKhcIcfh

Thank you my German competitors for a great match. FCP 1st in the group, but good luck in the next round. Maybe we will see each other in the Final…with a FCP win of course. ?

#LokomotivMoscow #Wins Over #Galatasaray By 2-0 | Terim’s Men Out As Schalke, Porto Progress
FC Lokomotiv Moscow is a Russian football club based in Moscow. Lokomotiv won the Russian Premier League in 2002, 2004 and 2018, the USSR Cup in 1936 and 1957, and the Russian Cup in… pic.twitter.com/IyN376NRIM 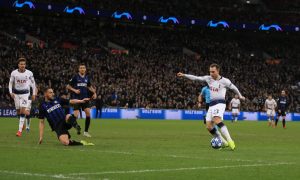 Poch: “It shows that being professional and working hard you can improve. Moussa Sissoko has improved so much in two years.” https://t.co/I6gKG8ji39

Barcelona, Atlético and Porto get expected wins while Tottenham keep their Qualification hopes alive through an Eriksen goal.#PSGLIV #TOTINT pic.twitter.com/GcBOYCz12b

Poch: “I think the performance was a very good performance. We fully deserved the victory. We scored at the end but we did everything to try to beat a great team.” https://t.co/I6gKG8ji39

Poch on facing Barcelona: “All is possible in football. We have big respect for Barcelona. They are one of the best teams in Europe. They have unbelievable players but we have our belief and faith that we can win.” https://t.co/I6gKG8ji39

Tottenham are still alive in the Champions League after a 1-0 win against Inter. Beat Barcelona in the Nou Camp on December 11 and they’re through to the knockout stage. Spurs stayed patient tonight and again showed they’re learning how to win these big European games.

Liverpool have to win Napoli by 2goals, Tottenham have to beat Barcelona in Camp Nou to qualify. With the way its going there might be 4 EPL tacticians in the Europa League. If the EPL cant dominate UCL can they dominate Europa ?#NFFCShow