These are the last eight matches of Champions League, Group stage Match Day 5 of 6. The highlights are appended below: 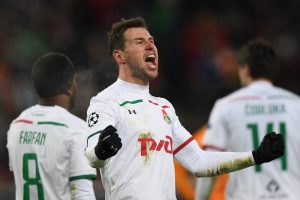 No pressure on tonight. ? pic.twitter.com/8Ujo2CZ5o0

Atletico Madrid 2-0 Monaco.
Atletico through, with Monaco’s chance of finishing 3rd in tatters.

Lokomotiv Moscow 2-0 Galatasaray. The Turkish side’s slim hopes of qualifying have been ruined by the Russians. pic.twitter.com/GKJ2E7hoNQ

?✅ Schalke have qualified for the Champions League Last 16 before they’ve even kicked a ball this evening thanks to Lokomotiv Moscow’s victory against Galatasaray.#FCPS04 pic.twitter.com/CgK0HGCWBZ

Lokomotiv Moscow 1-2 Ural ??
Legal Sport LLC client Othman El Kabir played all the match. On the 75th minute 27-year-old midfielder scored from the penalty spot and helped his team to celebrate a big away win…. https://t.co/MILdU6I3Qr 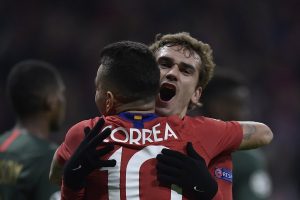 Atletico Madrid moved one step closer to their dream Champions League final on home turf by beating Monaco 2-0 to secure their place in the last 16. https://t.co/WZFpIfBfUn

Atletico Madrid progresses to the round of 16 of the UEFA Champions League as they got a 2-0 win over Thierry Henry’s Monaco side #UCL pic.twitter.com/jrJd68uUAh

Good win for Atletico Madrid against Monaco.. what a pen miss by Falcao though ? #UCL ⚽️⚽️

#UCL │ Radamel Falcao Has Missed All Three Penalties He Has Taken In The Champions League:

? Not The Best Homecoming, Atleti Wins 2-0 Against AS Monaco pic.twitter.com/mDQU23vJ2t

A comfortable win for Simeone’s men, despite Atléti going down to 10-men, with Falcao also missing a penalty late on. pic.twitter.com/TArAES8G40

FT. 2-0. Atletico Madrid seal passage into the knockout phase from Group A in a comfortable win against already-eliminated Monaco at the Wanda Metropolitano. #UCL

Atletico Madrid were moments away from a 1-0 win over Barcelona at the weekend, but had to settle for a draw. The La Liga side are unbeaten in their last 6, winning 4, and will be confident of guaranteeing a place in the next round of #UCL #MaxSports @Omodia4real @Seunadewale11 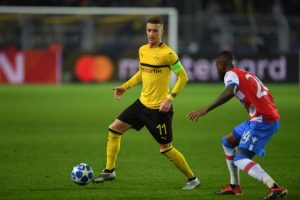 Ethan Horvath in the Champions League in 2018:

4 out of Brugge’s 5 points in the Champions League have come with Horvath in net, as opposed to a meager 1 point in 3 games without him. pic.twitter.com/WZthuCrNCt

Pictures tell stories and the story here is that it was a battle at the Signal Iduna Park. At the end both side settled for a draw. #BVBCLU #UCL #1hrsport pic.twitter.com/otoickiCt4 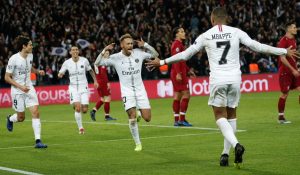 Any win if PSG don’t win in Belgrade

Concede and we need the 2 goal margin to guarantee it.

Don’t think PSG winning against Red Star is a gimme.

Spanish Media say that if PSG wins at Belgrade. Liverpool only needs to win for one goal but some people say that we need to win scoring 2 goals or more to Napoli, can somebody explain it to me? ? @loonyroon @VintageSalah @FalseFirmino

Nigga psg were celebrating because they needed to win .not because we were so scared of the MIGHTY Liverpool who lost to red star

Liverpool player ratings vs PSG as Joe Gomez struggles to deal with Neymar: Goals from Juan Bernat and Neymar sealed a 2-1 win for the hosts https://t.co/cmFehbjIJp

What is also interesting if that if #PSG don’t beat Red Star, any kind of win for #LFC vs Napoli puts Neymar into the Europa League and everyone is happy. Red Star haven’t lost at home in the group yet.

Neymar and PSG earn a critical win against Liverpool to control their own destiny in Group C – and put the Reds on the brink. #UCL pic.twitter.com/juIUn3OBFX

Just gonna leave this here. #LFC terrible and didn’t deserve to win, but PSG celebrating like they won the competition at the end is as close as they are going to get to actually celebrating winning it! pic.twitter.com/fKnPuxT9JH