These are the first eight matches of Champions League, Group stage Match Day 4 of 6. The highlights are appended below: 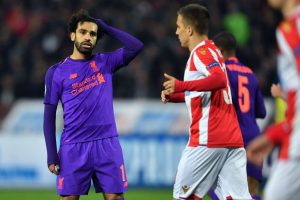 ? …for the FIRST TIME in their history.

? Liverpool in their last 9 games:

? “This is our year” pic.twitter.com/xsX2AOneNC

3 – Liverpool have lost three consecutive Champions League away games for the first time in their history. Sluggish. pic.twitter.com/LYMZXGZlbf

This is the FIRST time a Serbian side has EVER won a game in the Champions League at the 16th attempt (W1, D4, L11)

The best result tonight in the other group game between Napoli and PSG for Liverpool is a PSG win. That means whatever happens in next group fixtures, a Liverpool win at Anfield against Napoli in the last fixture will guarantee progress for The Reds.

Liverpool have lost three consecutive Champions League away games (excl. neutral grounds) for the first time in their history:

They weren’t too fussed about Roma though. ? pic.twitter.com/mV7QIssBVk 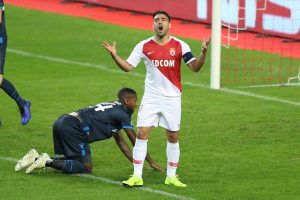 1 – Monaco is the first French team to concede 3 goals in the first 25 minutes of a Champions League game at home. Hell. pic.twitter.com/3uxEOYWu6m

Monaco are joint bottom of Ligue 1, have ten players out injured, are currently losing 3-0 at home to Bruges, and their owner is in police custody. Welcome to management Thierry Henry!

Match 3 of 16: Atletico Madrid vs Dortmund 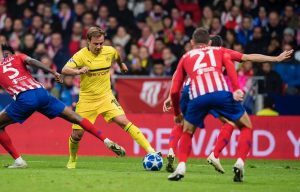 Who’ll be joining them tomorrow? ? pic.twitter.com/94CaVf780d

In case you missed the Atlético Madrid vs Borussia Dortmund game this is how it ended.?#UCL #AtletiBVB #AúpaAtleti #Retweet #Like pic.twitter.com/YNYVqDNbo9

Match 4 of 16: Tottenham vs PSV Eindhoven 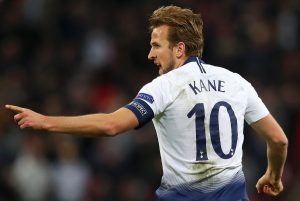 FULL-TIME: @HKane comes to the rescue with a late brace at Wembley to secure three points and keep our @ChampionsLeague campaign alive. #COYS pic.twitter.com/PsWUNN4qnR

The people who say PSV play in a farmers league and Lozano stat pads against shit teams are the same people that are cheering them on against Tottenham.

Harry Kane has been directly involved in 15 goals in 14 appearances 13 goals 2 assists) in the @championsleagues scoring a brace that rescues the team. Saviour. 2-1#tottenham #psv #championsleague #harrykane pic.twitter.com/uivRB9Nqfm

Tottenham can’t find a way through at the break as Luuk de Jong’s goal separates the sides. pic.twitter.com/BXs76heEqE

That’s 13 goals and 2 assists in 14 #UCL matches for the Englishman?