These are the last six matches of Champions League, Group stage Match Day 1 of 6. The highlights are appended below: 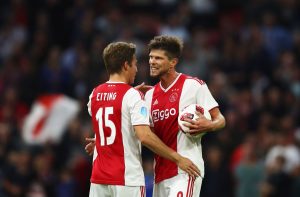 Nicolas Tagliafico scored twice (one of which is incredible) for Ajax in their 3-0 win against AEK in the Champions League. The goals here. https://t.co/Qpb2cSYBP1

500 – Nicolás Tagliafico’s goal for Ajax was the 500th scored by an Argentinian in Champions League history (excluding own-goals). Quinientos.

What a day this is going to be..having a tooth pulled in about an hour and a half, then if I’m still alive, prepare for Ajax’ return in the Champion’s League. Woohoo! #ajaaek #UCL

Match 10 of 16: Shakhtar Donetsk vs Hoffenheim 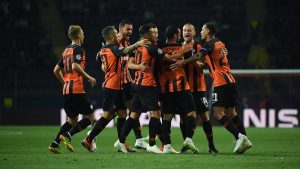 #mcfc poor tonight. Like warping back 4/5 years in the CL. Better to lose that one rather than one that matters. Guessing us Berts going to Hoffenheim have more than just German beer to concentrate on now … looking forward to it

8 – With his appearance tonight for Hoffenheim against Shakhtar Donetsk, Reiss Nelson becomes the eighth Englishman to achieve this feat. Precocious. https://t.co/avHu3bKVSY

Check out Hoffenheim’s delicious counter-press tonight. Will look to play long diagonal balls to create overloads. If they lose possession, they are extremely organized in winning the ball back https://t.co/URqcEjT0g0 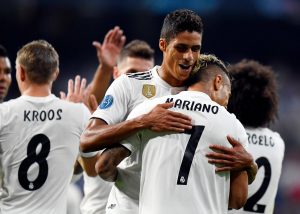 ?? Three golazos and three points – the perfect start to our defence of the Champions League title! #RMUCL pic.twitter.com/eGeMnmh7Mr

? Mariano Diaz has scored 6 goals for Real Madrid from just nine shots on target in all competitions and he has scored with his first attempt in the Champions League. Phenomenon. [@OptaJose] pic.twitter.com/ashxYZVzID

Marcelo assisting the Real Madrid’s #7 who scores an absolute golazo on a CL night, imagine my shock 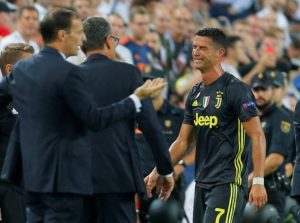 No way that was a red card for Ronaldo there has been so many tackles that has been worse in this game #UCL #JUVENTUS pic.twitter.com/sqhWXxbcG5

Great performance from Juve. 4 clear chances before Ronaldo’s ridiculous red. Played with 10 men for an hour and didn’t give up a single clear chance til a non existent pen. Chiellini (MOM), Bernardeschi and Cancelo’s attacking all outstanding tonight #Juventus #Valencia #JUVVAL

Did #CR7 get the memo that the reason he’s at #Juventus is to deliver the #UCL ???
Getting red carded in a game ain’t part of that deal. He’s out for two games and that’s not profitable to the team#BetwayDaily#UCL2018

It’s pains me a lot seeing #Ronaldo in tears..The disgruntlement on his face tells you what this game means to him. Come on!you can’t send him off in such a game of his life…Baffling?? #Juventus #CR7 #UEFAChampionsLeague