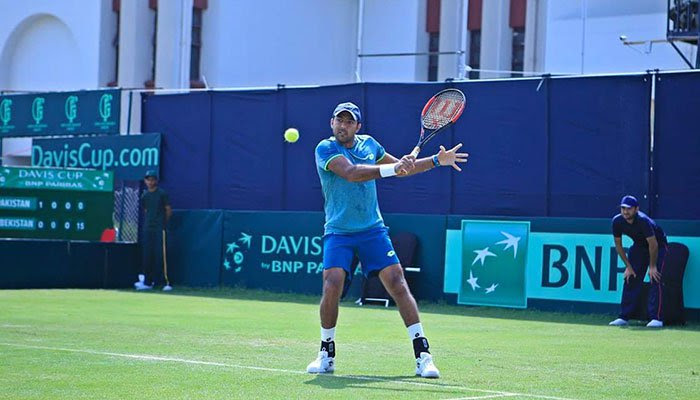 ISLAMABAD: In the first match of Davis Cup Asia/Oceania  tie against Uzbekistan, Pakistan player Aisam-ul-Haq Qureshi right thumb was injured due to which in the second set, he retired.

Aisam ul Haq was playing against Denis Istomin, trailing 7-6, 4-1 in the second set. After Aisam retired hurt the match was forfeited in favour of Uzbekistan .

No 1 seed of Pakistan – Aqeel Khan will play later today with No 2 of Uzbekistan – Sanjar Fayziev.

On 6th and 7th of April, Pakistan will be playing with the second seed Uzbekistan in the Asia-Oceania Group I of Davis Cup in Islamabad.