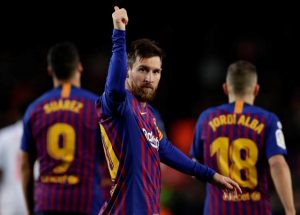 … And he did it in 63 games fewer than Ronaldohttps://t.co/qT56kpRgpr #Messi #MESSI400 pic.twitter.com/CaflRaOsHr

Lionel Messi has become the first ever player to score 400 goals in La Liga.

89 goals more than the next player on the list. ? pic.twitter.com/EzNMXHumQc

0 – Lionel Messi was the Barcelona player with the fewest passes attempted (11) and touches (19) in the first half against Eibar, failing to make a single touch in the opposite box. Vigilance. pic.twitter.com/cOwdzRXftd

Lionel Messi exchanged his shirt with the Eibar player. Most of the people would have kept that. He scored 400th goal with the shirt.

But this guy is something different.
Lionel Messi is the true ambassador of football. If you hate him, I feel sad about you.#BarcaEibar 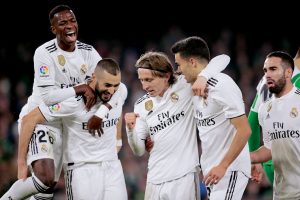 Real Madrid football of late might not be for the faint of heart, delicate nerves or persons with high blood pressure or anger management issues. A win is a win win nonetheless. #HalaMadrid

Worst coach in the history of Real Madrid. This 2nd half performance is unacceptable. You just can’t play like that, at one point we had 19% possession.. pic.twitter.com/WVE6XgOFLR

Real Madrid had just 26% possession against Real Betis — their second-lowest share since records began and the first time they have been below 30% against a team other than Barcelona.