As time passes, a totally different inundation of youth gifts ascend through the positions and into the spotlight, exhibiting their capacity for all to see. Normally, the sudden achievement of England’s childhood framework has come as a shock to a few, yet to the extent the FA is concerned, this has been bound to happen.

Not since the mid-2000’s has England had a national agree with such stunning potential; Wayne Rooney, Michael Owen, Rio Ferdinand, Steven Gerrard and Frank Lampard were the adolescent gifts getting through the framework around then – and look what they proceeded to accomplish. Who’s to state that these chaps won’t do likewise?

In this article, Allsportspk presents ten English youth abilities and rank them as far as who demonstrates the most guarantee, and that they are so energizing to watch. 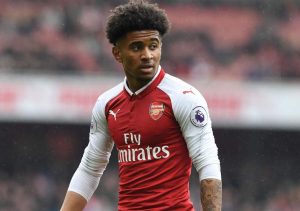 Reiss Nelson is a 19-year-old right winger who plays for Hoffenheim in the Bundesliga. He is as of now on loan from Arsenal. Nelson has spoken to England at the U21 level, having shown up and scored twice since his introduction in October 2018.

Following in the strides of Jadon Sancho, Nelson has grown dramatically since the late spring, on account of his credit move to the Bundesliga. It appears that when youthful players can play in best level divisions to get involvement, they gain critical ground – significantly more than they would in some run of the mill common Championship side.

The Bundesliga has numerous similarities to the Premier League, particularly regarding its quick pace, which benefits the players when they return.

Since joining Hoffenheim, Nelson’s fairly estimated worth has ascended by over £13m, as indicated by Transfermarkt. This is a stunning change and just goes to demonstrate the effect an appropriate loan arrangement can have when done right.

Reiss Nelson is still not actually a piece of Arsenal’s first group, with his agreement expressing that he’s a piece of the U23’s rather, however that will undoubtedly be changed once he returns.

For the next English youth star in action, move on to the next page!