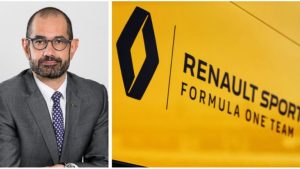 Renault have selected Thierry Koskas as the leader of their Formula 1 program.

Frenchman Koskas will supplant Renault Sport president Jerome Stoll on 1 January, as the group looks to close the hole on Mercedes, Ferrari and Red Bull.

Koskas to replace Stoll as Renault Sport president in 2019: Thierry Koskas will replace Jerome Stoll as president of Renault Sport in 2019 as the French manufacturer looks to improve its F1 title aspirations.  https://t.co/i99BChEXua #Cars #Autos #Automotive

They are presently spending around 60-70% of the financial plans of title holders Mercedes and their nearest rivals Ferrari and Red Bull.

And keeping in mind that Renault will complete the 2019 season best of the rest in fourth place, their vehicle has been by and large almost 1.7 seconds a lap off the pace, and now and again has been lapped by the Red Bulls, which this year utilize indistinguishable Renault motor from the production line group.

Ghosn was at first sold on the possibility of Renault owning their very own group again based on spending no more cash than their current spending plan.

Renault has appointed Thierry Koskas as the head of its @F1 programme.

He will replace Jerome Stoll as the team seeks to close the gap on #MercedesAMG, #Ferrari #RedBull

F1 managers are amidst converses with the groups went for presenting cost control and a spending top, however that is probably not going to be in task on any critical dimension in time for 2021.

Renault could in this way confront the troublesome decision of either tolerating they are probably not going to get the best three groups at their current dimension of spending, expanding their financial plan to a dimension they would not at first like to, or sitting tight for the cost-control measures to kick in and tolerating that they may take more time to accomplish their objectives.