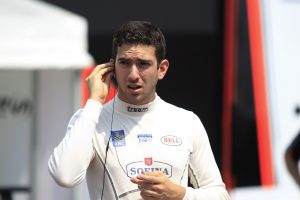 Williams have named the 23-year-old, Nicholas Latifi as their reserve driver for 2019.

Previously, the Canadian, represented Force India as a development driver where he participated in some training sessions in 2018. Moreover, he is also a race-champ in Formula 2, which makes him an exciting future racing prospect.

Moreover at Williams, Latifi will be doing the following work as a reserve driver:

He said it was an awesome chance to proceed with his improvement.

Latifi does not possess a F1 ‘super-licence’ yet, which means that he cannot venture in as a substitution at a great prix end of the week if a race driver was debilitated.

Latifi’s dad Michael is a businessperson who not long ago turned into a 10% investor in the McLaren Group.

Nicholas Latifi joins Williams for a busy programme as reserve in 2019 #F1 season which includes six FP1 runs and five days of on-track test along with simulator sessions: https://t.co/Hnpe99xs6o pic.twitter.com/pZdy62XCnU

Canadian Nicholas Latifi will be reserve driver for Williams in 2019. The 23-year-old, a race-winner in Formula 2, moves from Force India, where he was development driver and took part in some practice sessions in 2018. pic.twitter.com/TOKrTqwTLo

Why not add F1 drivers with a Christmas theme, like Alain Frost or St.Nicholas Latifi or Nigel Snowmansell.