Breathtaking and spectular performances from the Tennis players were witnessed today at the French Open 2018. Madison Keys and Sloane Stephens from Women’s Tennis booked their place into the semifinals. 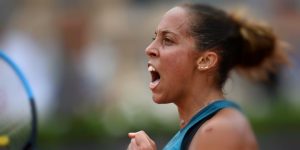 These were the highlights of the 2nd half of the 10th day of Women’s Tennis. Do join allsportspk, as soon as you can so that you can see the French Open 2018 day 11.