Outstanding performances and phenomenal players were witnessed today at the French Open 2018. Marin Cilic and Juan Martin from Men’s Tennis excelled into the quarterfinals. However, Serena Williams on the other hand retired from the French Open after she got an injury problem.

This is the second half of the French Open Match Highlights of Day 9. If you have missed the highlights of the first half of day 9 of French Open then click the link below:

Allsportspk presents to you the match highlights of the second half of the 9th day of the French Open as it happened on Monday which are as follows: 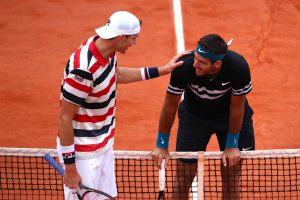 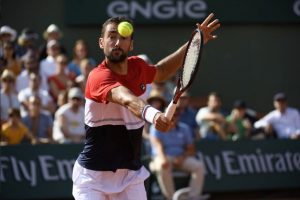 Serena Williams on the other hand got an injury to her right pectoral muscle. She wasn’t able to play any furthermore and retired from the French Open 2018. However, Serena told the news that she felt that muscle problem in the third round when she was playing against Julia Gorges.

These were the highlights of the second half of the 9th day of Men’s and Women’s Tennis. Join allsportspk, if you haven’t, so that you can see the French Open 2018 day 10.