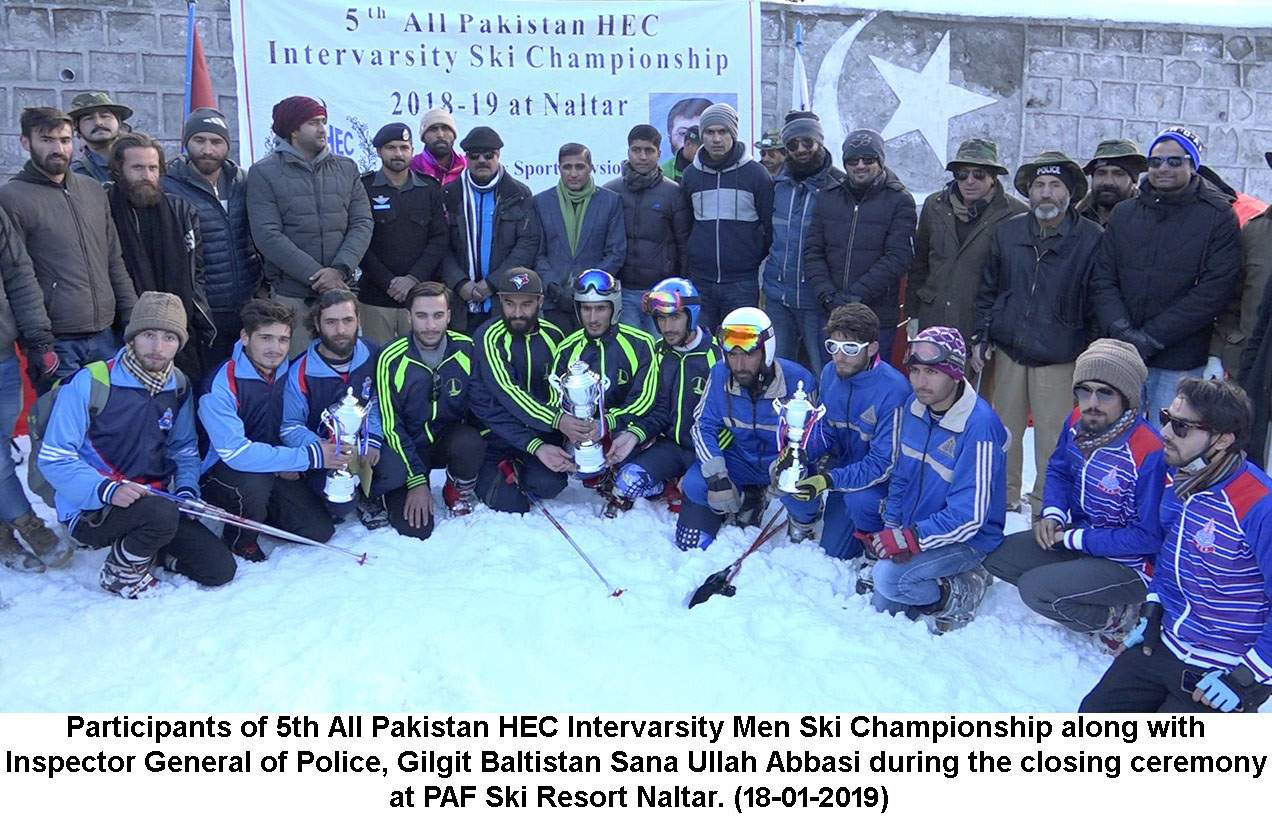 NALTAR:  5th All Pakistan HECIntervarsity Men Ski Championship concluded at PAF Ski Resort Naltar. This was the first time that the event has been conducted at Naltar, which was earlier held at PAF Base Kalabagh.

24 students of 8 Universities from all over the country competed in Slalom and Giant Slalom categories in freezing temperatures.

Winter Sports Federation of Pakistan under the auspices of PAF, is pursuing its goal of flourishing winter sports in the country. Encouraging the youth of Pakistan to participate in this healthy and exciting sport would help in searching new talent for the country and also promote tourism in the area.

The winning medals distribution was as follows: 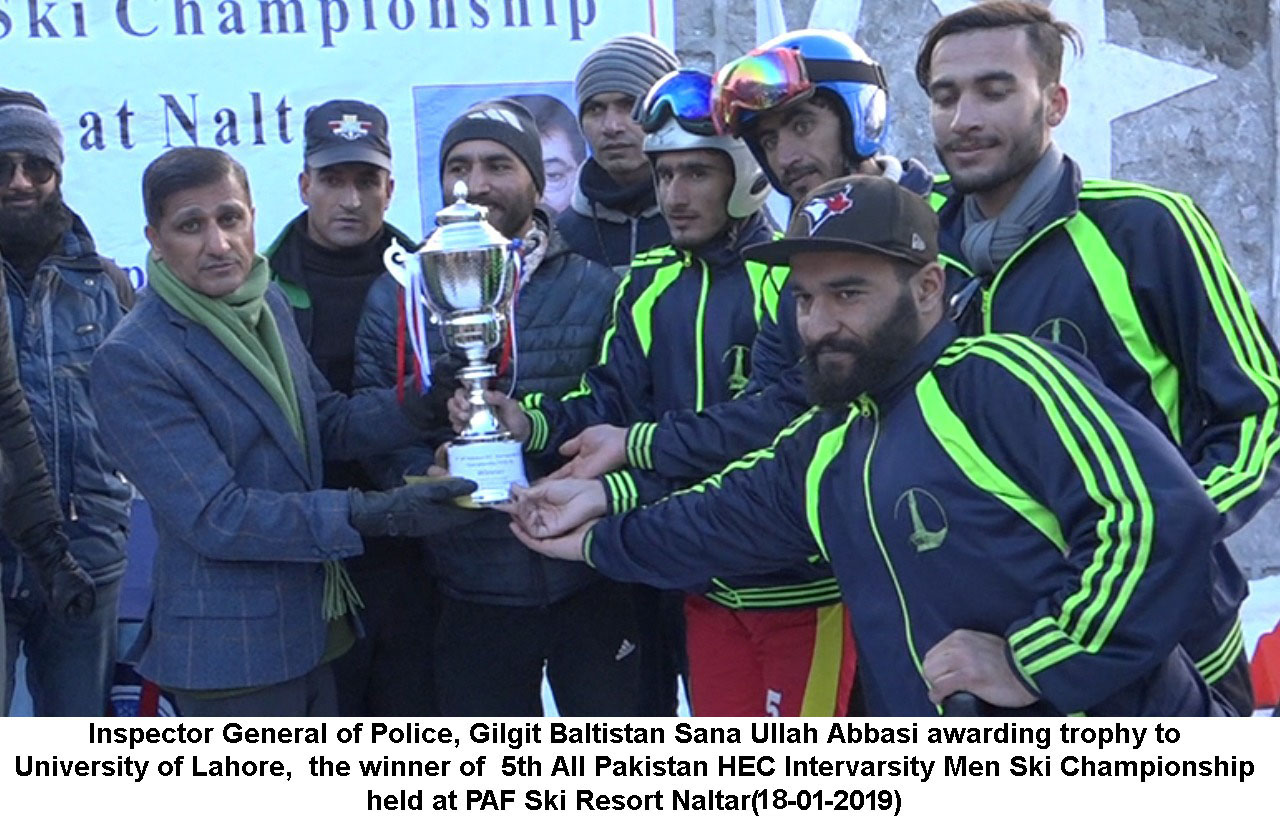 Gold – University of Lahore was adjudged the winner of the championship 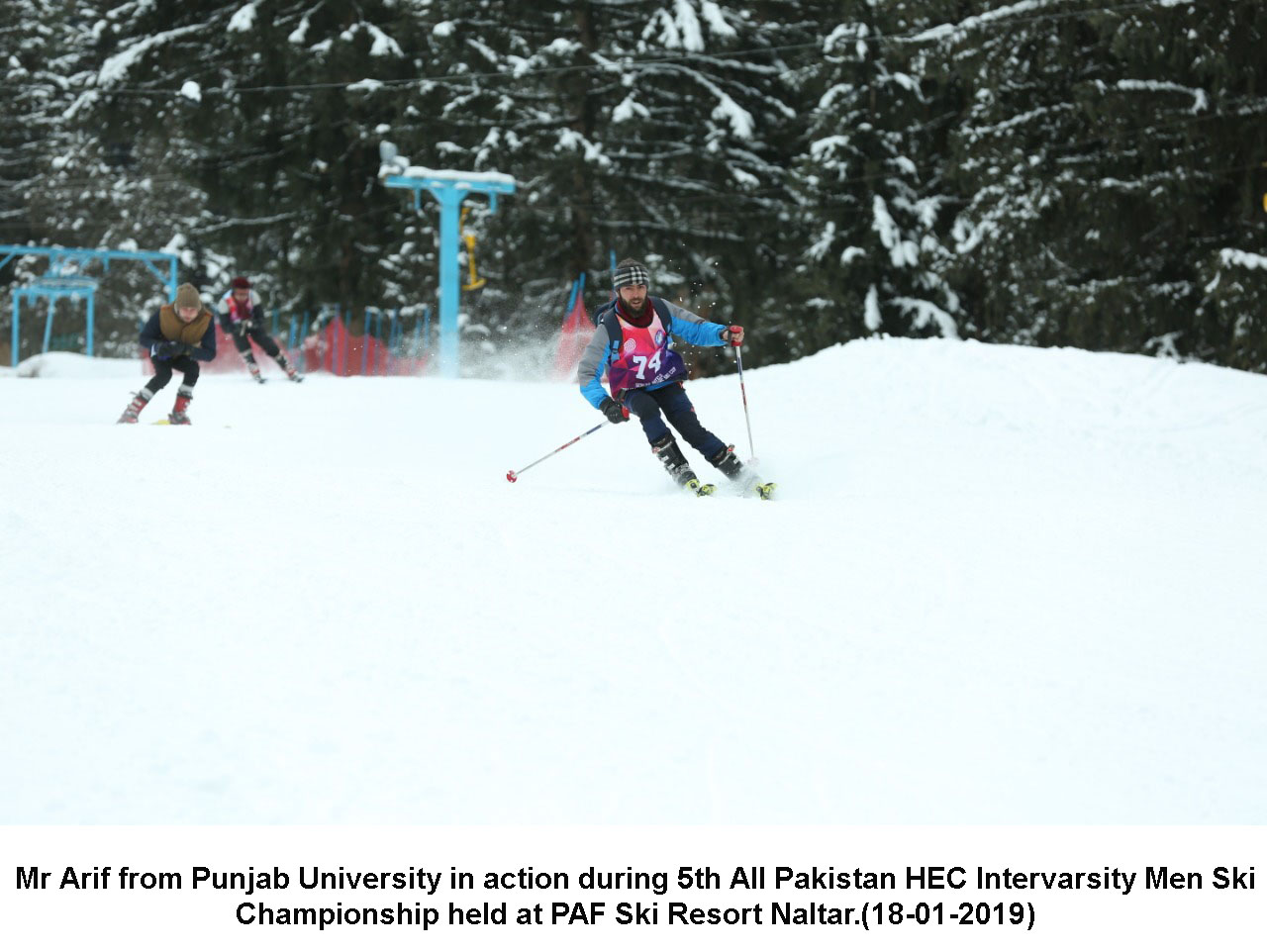 Despite freezing temperatures a large number of spectators and Ski lovers witnessed the event, which continued at the picturesque PAF Ski Resort for three days. 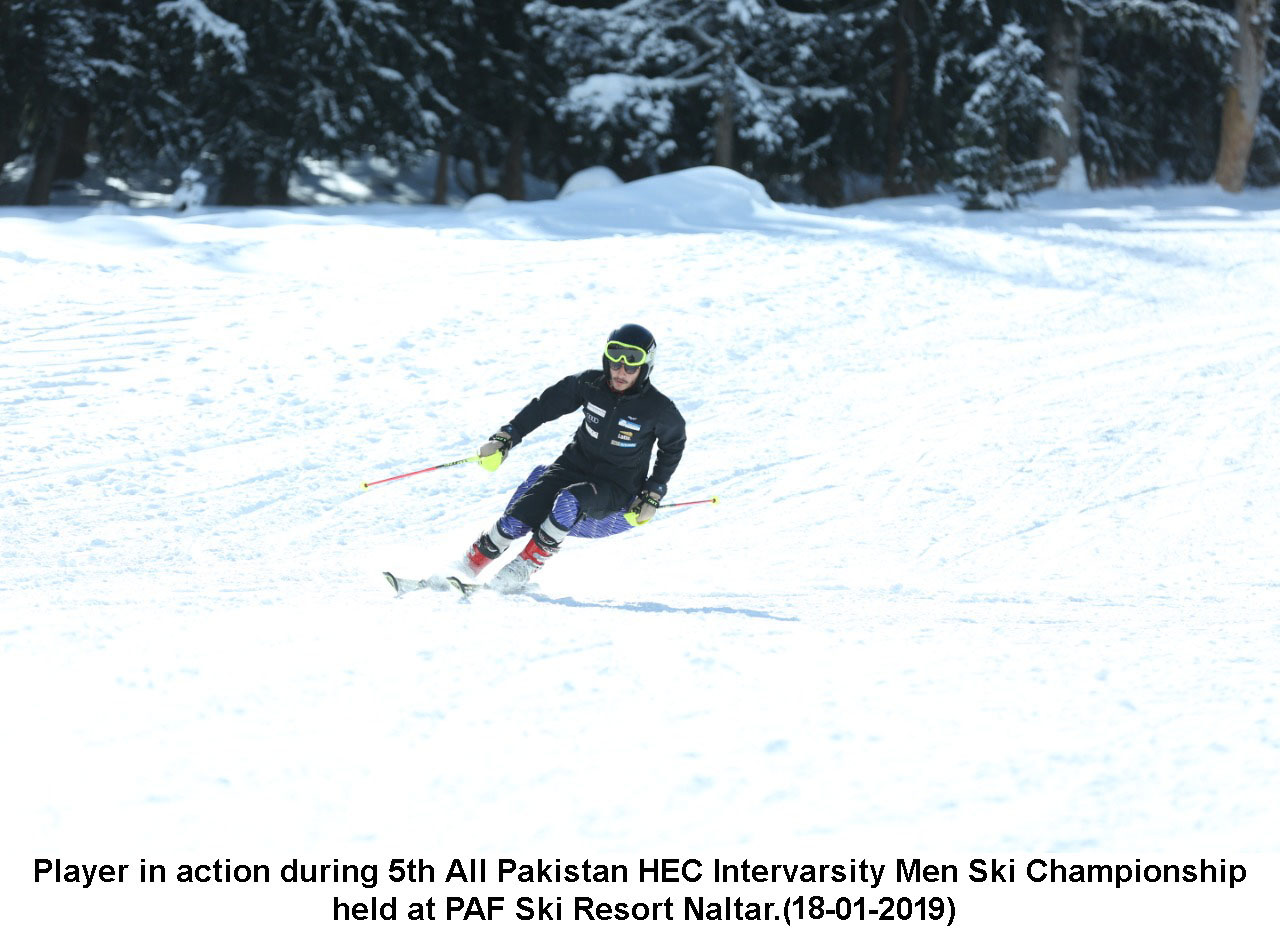 The prize distribution ceremony of the championship was held with the Inspector General of Police, Gilgit Baltistan, Mr. Sana Ullah Abbasi being the chief guest.