On 7th June, the second ‘Global Running Day’ will take place. Global Running Day is a grassroots initiative where people of all abilities and from all paths of life come together to celebrate their desire for running and motivate others to move.

The International Association of Athletics Federation (IAAF)  CEO Olivier Gers said “The IAAF fully supports the Global Running Day and is proud to invite all of our Member Federations to join us and the world’s leading race organisers in this massive celebration of the sport. “

During the first event in 2016, 2.5 million plus people from 177 countries, including nearly 700,000 kids, vowed to run 9.2 million miles (nearly 15 million kilometres). The day received more than one billion impressions on social media, with running activities taking place across the globe from New Zealand to New York.

The CEO Mr. Gers added “The targets for this year are even more ambitious: 10 million miles, one million kids – and more importantly, all of the world’s countries and territories,”. 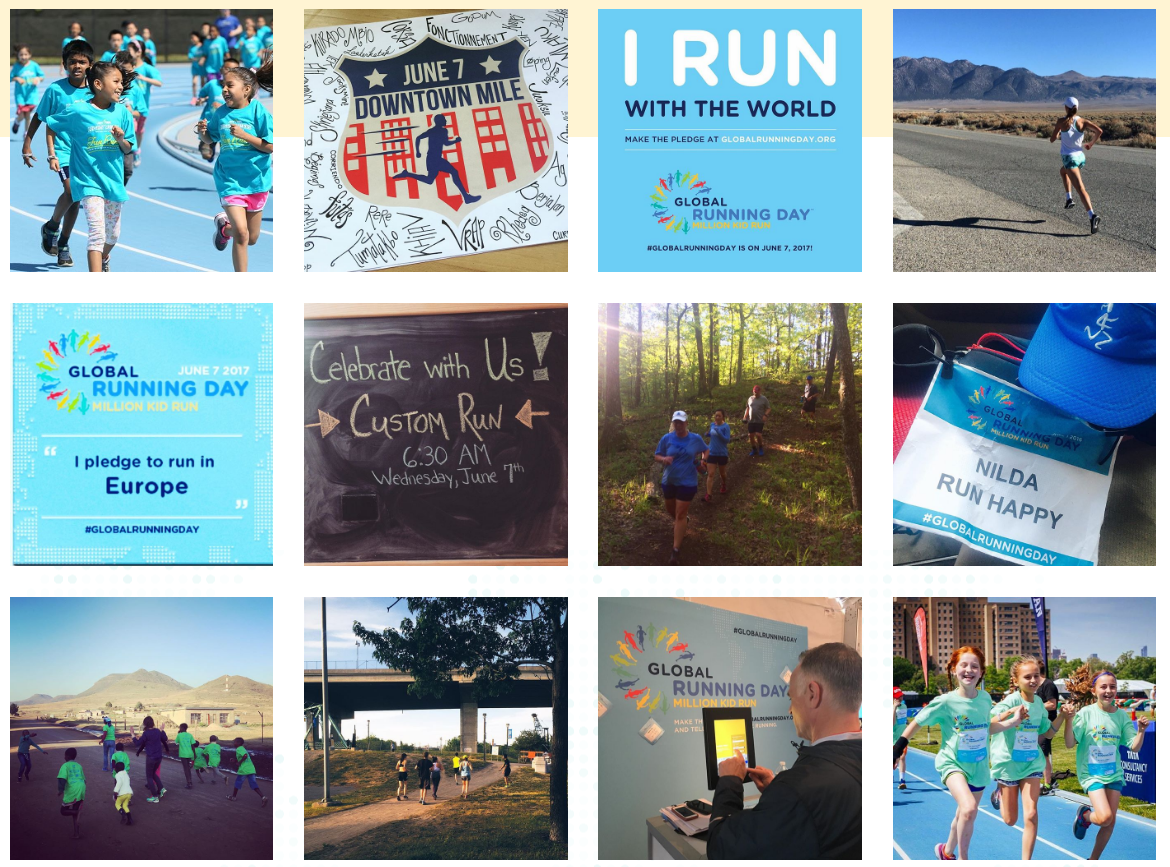 Many of the world’s top professional runners will be serving as role models, including eight-time Olympic champion and the world’s fastest man, Jamaica’s Usain Bolt. “I’m happy to support Global Running Day and encourage young people all over the world to run on June 7,” Bolt said. “From those who run to win races to those who walk, jog or run to improve their health and fitness, physical exercise is extremely important for people of all ages.”

The second annual Million Kid Run, which aims to have a million kids around the world pledge to run on 7 June, will once again be the showpiece of Global Running Day. The Million Kid Run is about making fitness fun and inspiring kids to embrace running as a way to get moving and stay healthy. From a school administrator pledging students, to a youth coach pledging their running team, to a parent pledging their child, kids around the world will come together to celebrate the power and benefits of running and fitness. Participation is easy and can include any activity from a solo lap around the block to a game of tag with your kids.

Runners of all ages and abilities can pledge to take part in the day via GlobalRunningDay.org or the pledge form below.