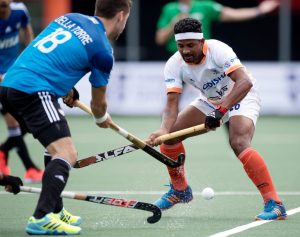 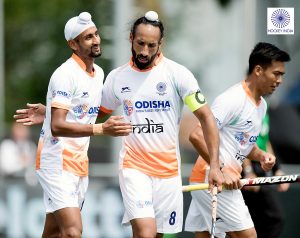 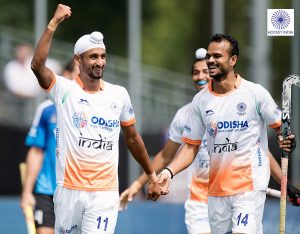 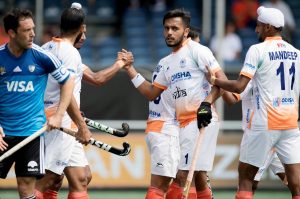 The Indian Men’s Team put on an impressive performance to claim a 2-1 victory against Argentina in their second game of the Rabobank Men’s Hockey Champions Trophy Breda 2018 on 24th June. See here the moments.
Album: https://t.co/t1WzIsrFPC #IndiaKaGame #INDvARG #HCT2018 pic.twitter.com/kWwymhcPUZ

What a great win against Olympic champions #Argentina in Champions Trophy at #Breda2018. Many congratulations to #TeamIndia on back to back wins & their spectacular display. Look forward to the next match against #Australia at 6.30 pm on 27 June. May #Hockey always win. pic.twitter.com/RXd29nqVZn

India defeat Olympic champions Argentina 2-1 ?
Indian hockey is slowly but surely gaining its old glory! START watching if you still haven’t! Fifa is fine but this is our own playing people!

Congrats India for thrilling 2nd win in #HCT2018 against Argentina..Again a fablous show..loved the TeamBonding
Clearly visible impact of @HarendraSingh66 sir,
Congrats to entire team and special one goes out to @imsardarsingh8 for 300? international Cap#Legend #hockey #Hero pic.twitter.com/u240mKItwr