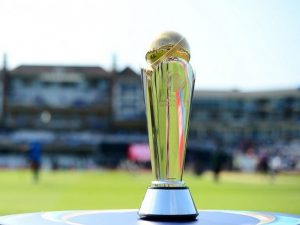 MashaAllah great achievement of our team, led by a tiger with his aggressive captaincy, to beat South Africa  the world # 1 ranking team of the ODI. Here are a few steps as to how Pakistan can win the ICC Champions Trophy 2017:

In this regard, please note:

a) Yesterday in our match against SA the excellent yorker bowling by our pacers, was a main factor in puzzling and containing the world class SA batsmen, to a very low total of 219. As such, please give more and more practise to our pacers to bowl even more yorkers in the coming matches, as pitches are perfect and very batsmen friendly.

b) Although, wicket was not taking turn and balls were not spinning a great deal, yet our spinners got more wickets, simply, because they bowled straight and wicket to wicket. Since, Hafeez, Shoaib Malik and Imad Wasim have bowled in a much improved manner; slow and spin bowling spells, Shadab can be rested for SL match and Fahim Ashraf can be included in the team.

c) In the fielding department our teams catching, especially holding the high catches coming at the out field, has shown much improvement. However, throwing from out field to keeper and at stumps, still needs lot of improvement, if we have to become the champion. As such, more intense practice is needed in these areas as explained above.
Since, research has proved that one bounce throws have more chances of hitting the stumps, for run outs, than the direct aerial throws, our fielders must practice more, hitting the stumps, with one bounce throws.

d) Yesterday, newcomer Fakhar Zaman, gave a lesson to our senior players that how to steal singles while running between the wickets with the speed of a bullet; and also how to convert singles into doubles. If we have to be the world champion, we (all our batsmen) must practice hard to rotate the strike and spread panic into the opponent camp, by snatching singles and doubles, where apparently there was no score.This will instantly demoralise the opponent fielders and there will be no need for hitting a boundary, on every second ball.

e) Last but not the least, captain Sarfraz Ahmad must promote himself in the batting order, in order to have a solid batting combination in the Champions Trophy 2017.

Syed Nayyar Uddin Ahmed writes on diverse topics and believes in “Always Thinking how to repay the debt I owe to my motherland and to spread joy and happiness to the mankind. Sports is my life. I’m in love with cricket, but have won maximum prizes in badminton…”