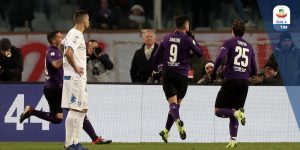 Game Over at Firenze! Fiorentina get the victory and wins the toscano derby!

Even after the win this is still bother me… #Fiorentina https://t.co/dw0mxMbqPh

At the Sardegna Arena, Cagliari will want to win after the tie at the last minute against Rome. Napoli will have to win so as not to lose further ground by the leaders.

This was a Juve like win for Napoli, rather than spectacular SarriBall this was StiamoAllegriCon3Punti

Milik scores late as Napoli wins 1-0 at Cagliari : Arkadiusz Milik scored a stoppage-time goal to snatch a 1-0 win for Napoli at Cagliari and prevent his team’s title hopes diminishing even further https://t.co/XGdBmRCDHS pic.twitter.com/CtxbgzhCtM

At 1-1, not a hint of panic. We all knew we’d come good. That’s what the Napoli win was all about, the crowd was as calm as fuck, we trust the players. That’s not happened for years. #Liverpool 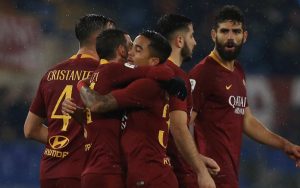 I think even if Roma win this Di Francesco needs to leave. We’re tied but we’re still struggling. This is no statement. If Genoa had just a bit more quality they’d be in more control.

Roma-Genoa, or, when a win feels like a loss #RomaGenoa