These are the first three matches of of Serie A, Match Day 14 of 38. The highlights are appended below the points table. 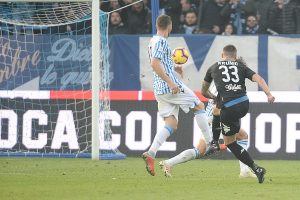 Although they may well have been looking at 3pts from this fixture, it was a good comeback from Spal to earn a draw after going down 10 men. Empoli have found a new lease of life under new Beppe Iachini coach & were aiming for a 3rd successive league win #spalempoli #SerieATim

The match at Paolo Mazza is over in draw!

Draw vs chievo and lasagna masterclass when we play Udinese. Empoli last minute equalizer as well

Serie A – Match 2 of 10: Fiorentina vs Juventus 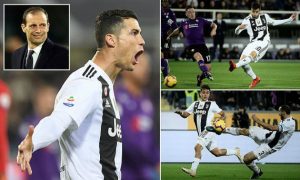 #Juventus extended their advantage at the top of the #SerieA table to 11 points with a routine 3-0 win at #Fiorentina on Saturday.#FiorentinaJuve ⚽ pic.twitter.com/z0Npojigz1

Juventus’ sensational #SerieA form continues with a 3-0 win over Fiorentina, with Bentancur, Chiellini and Ronaldo on the scoresheet for #Juve. 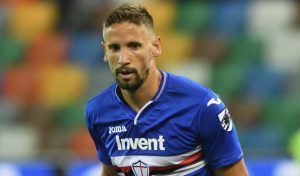 ▪️SPAL manage a comeback despit being down to ten men after 49 minutes
▪️Juventus stay unbeaten with another impressive performance
▪️Quagliarella with a brace for Sampdoria, Svanberg ?? with assist for Bologna

⚽️⚽️ Yep, him again. Sorry if it starts getting repetitive… #Quagliarella adds his second of the game and becomes #Sampdoria‘s seventh highest scorer of all time! #SampBologna 4-1 pic.twitter.com/iBW5UhkUhu