This the last match of Match Day 2 of 38. The highlights are appended below the points table. In case, you missed the last matches click here. 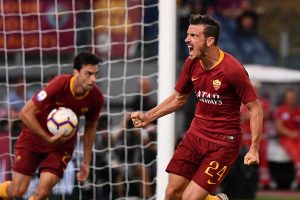 As it stands we are landing this 31/1 Acca. Roma have drawn 3-3 and Over 2.5 is a winner at Old Trafford. Bilbao are 0-0 approaching HT (Draw required) https://t.co/qFDP8auaxG

?⚫️ Strong performance from Ali Adnan in his Atalanta debut!

The Iraqi played the full match as his side held Roma to a 3-3 draw at the Stadio Olimpico tonight ?#RomaAtalanta pic.twitter.com/fvCT1j6zOj

Thus guy, the #Greek center back Kostas Manolas, scored the last goal of the match and gave @officialasroma the 1 point of the draw against @Atalanta_BC!