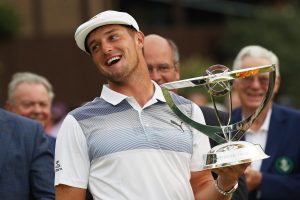 Dustin Johnson came 11th in the recent Northern Trust championship, but still maintained his rank as the top seed in the Men’s Golf rankings. Meanwhile, Bryson DeChambeau won this competition and jumped 9 ranks up to the 12th position.

This win means so much. Congratulations to Bryson Dechambeau on a flawless tournament. Everything was there this week. Driving, Irons, Chipping and Putting. The future is bright for this young man. Happy to say we were here supporting when everyone was doubting. Before his first

Billy Koepka also retained his 2nd position while significantly inching close to becoming the number one golfer in the Men’s golf rankings. Other significant upgrades were of Tony Finau, Hideki Matsuyama and Patrick Cantlay, who are now placed at 18th, 19th and 23rd place respectively.