Home Inside Bridge KBA Friday Pairs Contest: Tehsin & Gulzar Win
Facebook
Twitter
Pinterest
WhatsApp
In a field of 12 Pairs competing KBA’s Regular Weekly Friday Pairs, the indomitable Tehsin in top form earned the distinction of a Bridge Hat trick. He had come first three times consecutively with three different partners- Gulzar Bilal,(currently) and with Zia Hai and Hamid Mohiuddin on the last two occasions proving that he is definitely among the top notch Bridge Players of Pakistan. Aggregating a percentage of 65 with Gulzar Bilal in the Friday Pairs held on 12th May at the Aslam Bridge Hall, the Pair took the top position followed  by the mother-son pair of Rubina and Ali Hai who with a score of 58.33% secured the Runners Up position.
The third position was shared at 57.50% between two very good pair combinations of the very talented Fatima Raza playing with the old Bridge Maestro Parvez Mirza who has still not lost that Midas touch at Bridge and the other pair being that of the top rated Hasan Askari and the prolific Lone Ranger Sh. A. Muqeet. 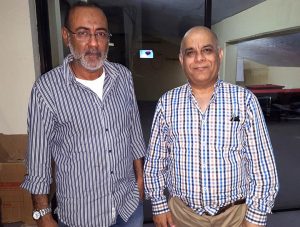 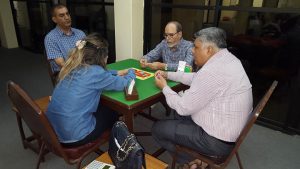 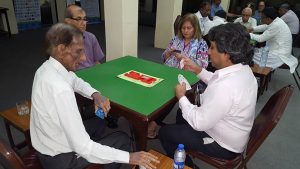 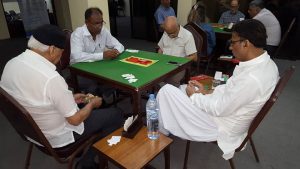 The next KBA Bridge event will be the Reg Sunday Team on 14th May at the Aslam Bridge Hall at 3 p.m sharp.
The KBA Management in order to promote bridge especially among the young Pakistanis organizes weekly events in venues which include Karachi Gymkhana, Karachi Club, Defence Club or Golf Club or at Aslam Hall.