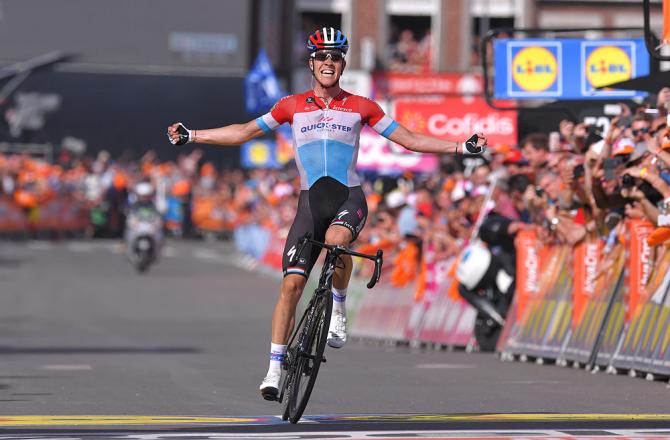 Bob took the lead from his competitors when 19.6 km were still left in the race. After that, he almost dominated the whole race and no other racer really looked to threaten his position.

This was a great victory for the 25 year old as this was the first time he had won a monument race in cycling.

Jungels hails from Luxembourg and currently represents Quick-Step Floors as his cycling team. Bob took part in this one-day classic that stands fourth among the five monuments of cycling races.

It looked like Bob Jungels gave it all in this race. As, his solo effort allowed him to put on a riveting show at the Liege-Bastogne-Liege cycling event as he crossed the line by a significant margin.

Jungels was followed by Micheal Woods and Romain Bardet who claimed 2nd and 3rd positions in the race.

Following were the top 10 cyclists of this race:

For the complete leaderboard visit: www.liege-bastogne-liege.be