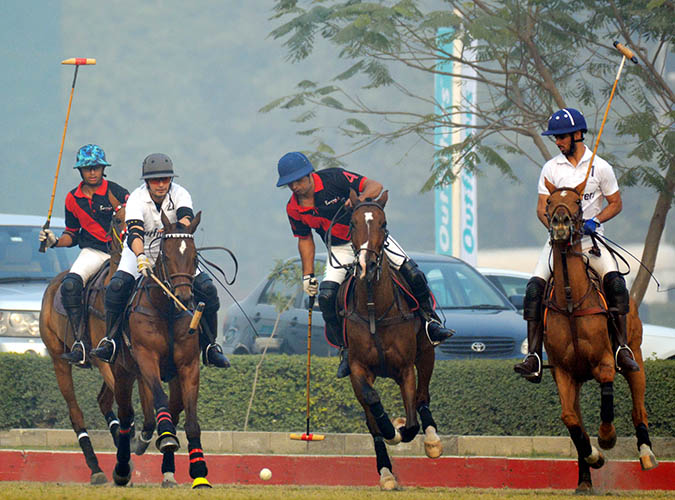 Hernan Pieres guided Barry’s 6½-4 triumph over Outfitters in the first encounter of the day. Hernan Pieres was top scorer from the winning side with his fabulous four goals while Jamil Barry and Raja Mikael Sami contributed one goal apiece. They had also half goal handicap advantage. From Outfitters, Ahmed Ali Tiwana banged in a brace while Shah Shamyl Alam and Adnan Jalil Azam hit one goal each.

The third chukker was evenly poised as one goal each was scored by both the sides as from Outfitters, Ahmed Tiwana was scorer while Hernan thwarted for Barry’s to draw the blood at 4-4. Barry’s then changed the strategy and started playing aggressive polo and they succeeded in pumping in two more goals through Hernan and Raja Mikael to register an impressive 6½-4 victory. 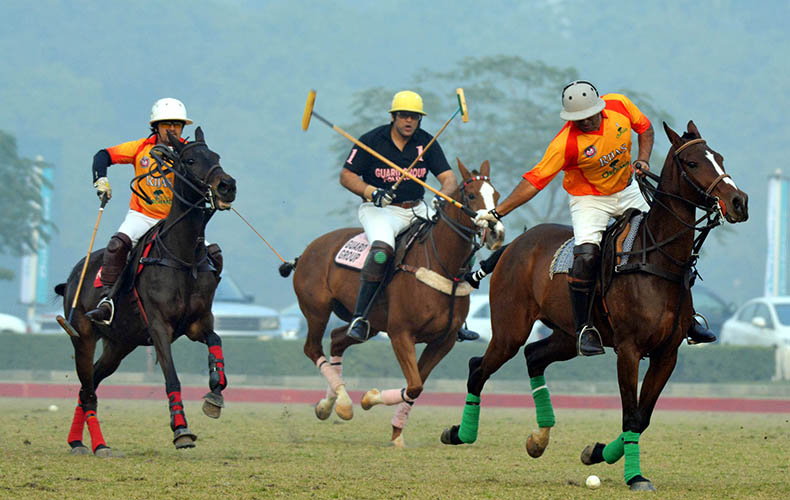 The second encounter of the day saw Rijas/Green Orchard registering 6-4½ victory over Guard Group. Geoffredo emerged as top scorer with four goals while Ahmed Zubair Butt thwarted two goals. From the losing side, Bilal Haye struck all the four goals but his heroics couldn’t help his team score win.

Two matches will be conducted on Thursday, as Master Paints Black, Artema Medical and Army will vie against each other under American system in the first encounter of the day while Jubilee Insurance/Master Paints will take on Diamond Paints in the second match.