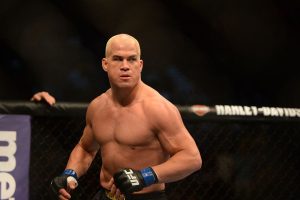 It is nothing unexpected that UFC permitted Tito Ortiz to leave the advancement when he apparently resigned following his misfortune to Forest Griffin in the co-headliner of UFC 148 in July 2012.

The thrashing to Griffin was Ortiz’s seventh in his previous nine battles, drawing and winning one each.

The Ortiz who had excited fans with his ruling Light-Heavyweight Championship rule somewhere in the range of 2000 and 2003 gave off an impression of being a distant memory.

Be that as it may, the “Huntington Beach Bad Boy” was a long way from done. Making a surprising rebound for Bellator in May 2014, Ortiz beat Alexander Shlemenko in his introduction battle for the advancement with an arm-triangle gag in less than three minutes.

Ortiz was back. Considerably more astonishingly, the Ultimate fighting championship Hall of Famer knocked off individual, previous UFC stars Stephan Bonnar and Chael Sonnen in two of his next three sessions for the second biggest MMA advancement in the states.

Ortiz is set to battle afresh for long time adversary and previous companion, Chuck Liddell in a session for Oscar de la Hoya’s Golden Boy Promotions in the not so distant future.

The more youthful Ortiz is the most loved for that session and should he win, his previous business ought to consider calling him.

In spite of his propelling age, Ortiz has exhibited that despite everything he has something to offer the universe of MMA and could be used viably in some marquee battles before he at long last retires for good.

For the #1 UFC star that should re-sign with the top martial arts organization once again, move on to the next page!