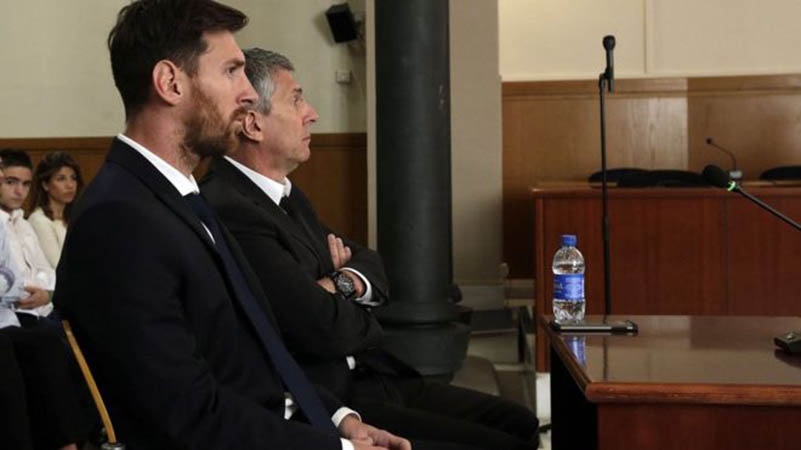 A statement on the Barcelona club’s official website – www.fcbarcelona.com, states that “The club reiterates, once again, its full support for Leo Messi, his father Jorge Messi, and his family.”

Messi Five-time World Player of the Year, along with his father was sentenced to a 21-month prison sentence and fined 2 million euros for three counts of tax fraud amid 2007 – 2009. Messi has had an incredible performance by having scored 506 goals in 582 senior appearances and winning 8 League titles and 4 Champions League trophies.

The support was communicated to Messi’s family by the President of Barcelona Club, Mr. Josep Maria Bartomeu. “The family was very grateful, not only for today’s gesture, but also for the support the player and his family have received from the club throughout this process. The club will continue to stand with Leo Messi, his father, and his family.”

The support was expressed after the Spanish Supreme Court maintained their prison sentences over tax fraud charges. However, neither are anticipated to actually be prisoned.