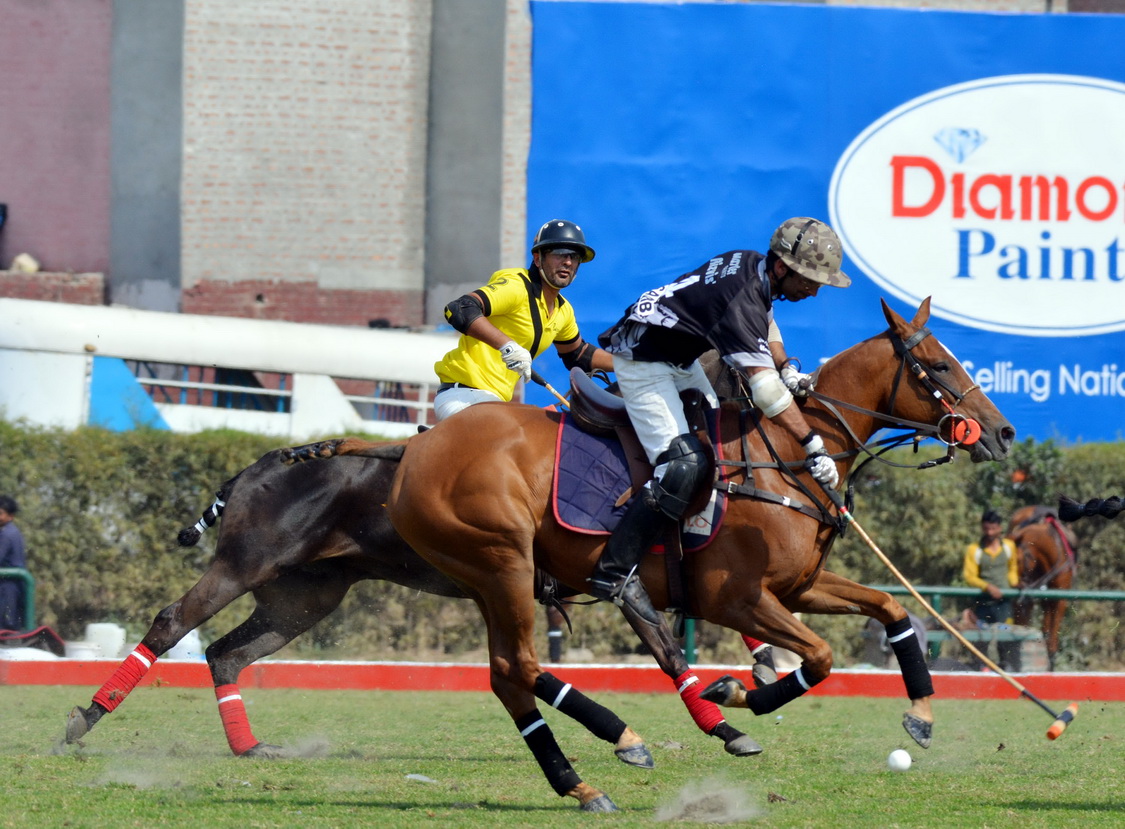 Master Paints/Rizvi’s played outstanding polo against title winners of previous tournament Barry’s and edged past them by 9-7 in the first encounter of the day. Juan Cruz Losada emerged as top scorer from the winning side as he hammered fabulous five goals while Hamza Mawaz Khan struck a brace and Saqib Khan Khakwani and Sufi Farooq contributed one goal apiece. From the losing side, Juan Maria Ruiz (Tito) scored a quartet while Bilal Haye banged in a brace and Ramiro Zavaleta hit one.

The first chukker was evenly poised as two goals each came from the both the sides to make it 2-2. The second chukker also finished with both the teams leveling at 3-3 as they scored one goal each. Master Paints/Rizvi’s took 6-4 lead in the third chukker, as they struck three and Barry’s one. The fourth chukker was fully dominated by Barry’s as they hammered a hat-trick to take 8-6 lead and they were looking for more goals to register victory but Master Paints/Rizvi’s made a strong comeback in the fifth and last chukker by hammering an impressive hat-trick to take 9-8 lead, which remained intact till the final whistle and Master Paints/Rizvi’s emerged as winners. 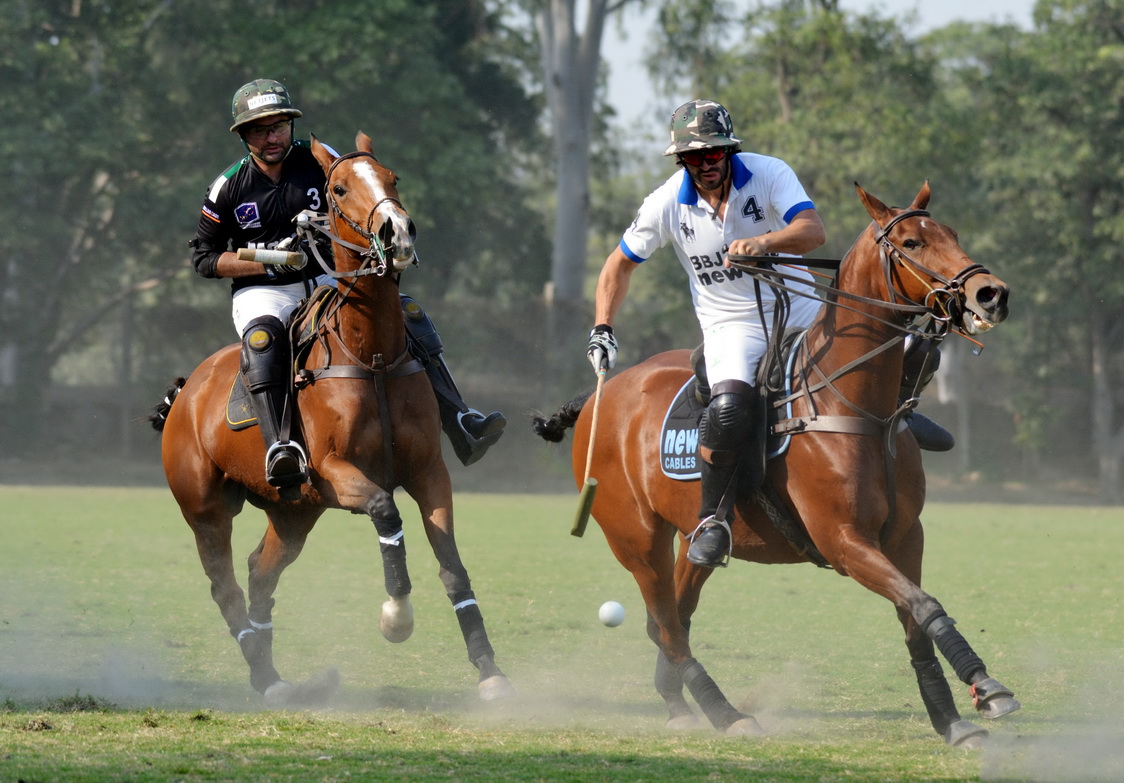 The second match of the day proved to be a thriller where Newage/BBJ Pipes registered a close 7-6 victory over Master Paints Black. Salvador Ulloa was star of the day for Newage/BBJ Pipes as he slammed in 6 out of 7 goals while the remaining one came from Ahmed Zubair Butt. From the losing side, which also played exceptionally but couldn’t finish victorious in the end, Hissal Ali Hyder fired fantastic four goals while Raja Mikael Sami and Juan Cruz Losada struck one goal each. 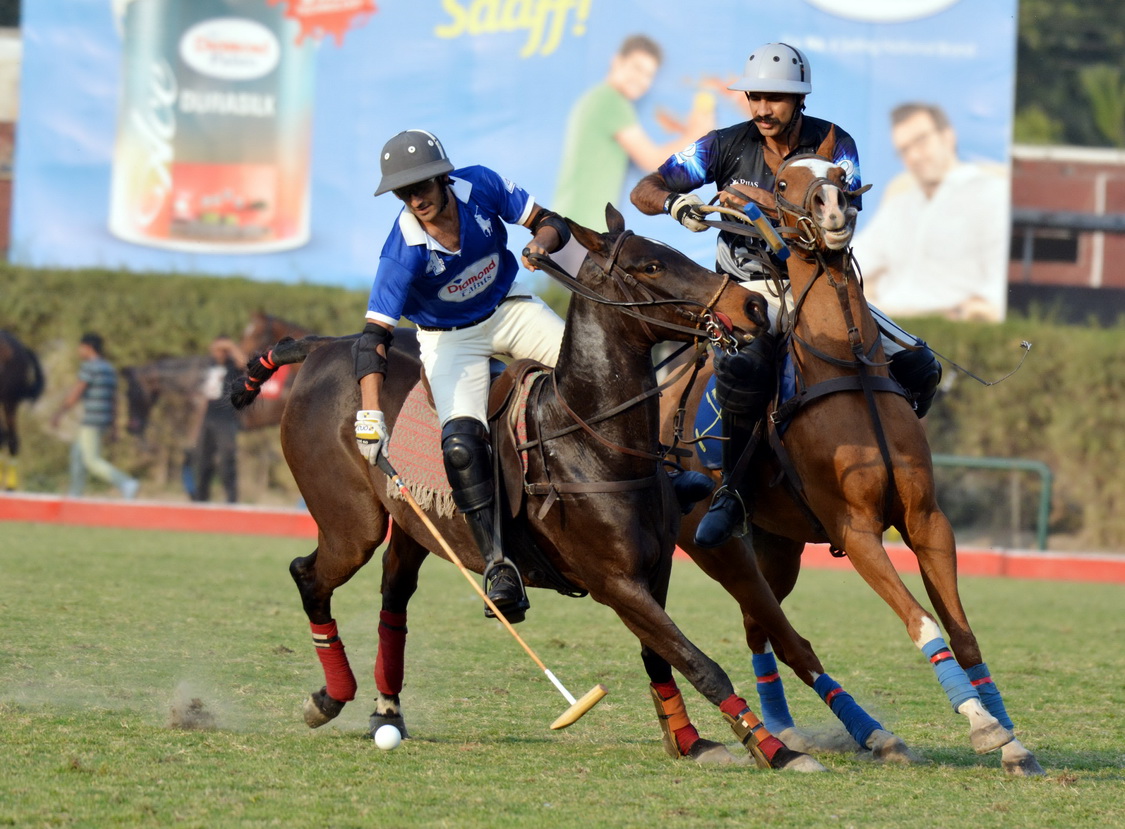 Diamond Paints proved too hot for Rijas Aces/PAF as they outpaced them by 8-5. Macos Araya displayed quality polo and emerged as top scorer by slamming in three goals while Mir Huzaifa Ahmed and Eulogio Celestino scored a brace each and Mumtaz Abbas Niazi contributed one. From the losing side, Deigo Araya thwarted two goals while Juan Cruz Araya, Salman Cheema and Faisal Shahzad struck one goal each.

Rijas Aces/PAF scored the opening goal take 1-0 but Diamond Paints then bounced back well by banging in two goals to snatch the lead, making it 2-1. The second chukker remained goalless while the third chukker saw dominance of Diamond Paints who pumped in four goals to take healthy 6-1 lead while Rijas Aces/PAF converted one to make it 6-2. The only goal of the fourth chukker came from Diamond Paints which further enhanced their lead to 7-2. Rijas though made a comeback in the fifth and last chukker by slamming in three goals and reducing the margin to 7-5 yet they couldn’t add more goal while on the other hand, Diamond Paints struck one more goal to win the match with a good margin of 8-5.