Golden State Warriors yet again managed to seal another victory over Cleveland Cavaliers in their third clash of the NBA finals with a score of 110-102. Warriors now hold a 3-0 lead over Cavaliers. The match was played at the home of Cavaliers at Quicken Loans Arena in Cleveland.

Kevin Durant from Warriors made history in this game by becoming the fifth player in the NBA finals history to score a total of 43 points on 23 shots. The other four players are Shaquille O’Neal, Magic Johnson, Jerry West and Michael Jordan. 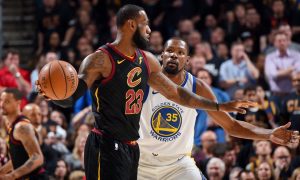 However, on the other hand, Lebron James scored a total of 33 points, 10 rebounds and made 11 assists but even this couldn’t help the Cavaliers win the third game. Stephen Curry was also not in the mood today as he scored only 11 points and a three-pointer in the whole match.

In case if you have missed the highlights of the game 2 click on the link given below: 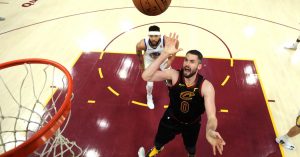 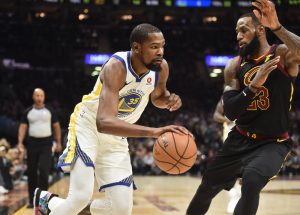 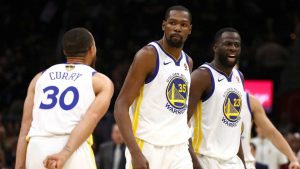 Do Join allsportspk as soon as possible, so that you can see the Game 4 between Warriors vs Cavaliers on 9 June.