Golden State Warriors dominated again over Cleveland Cavaliers in the second game of the NBA finals with a score of 122-103, which was played at the home of the Warriors at Oracle Arena in Oakland.

History was made by Stephen Curry in this game as he scored 9 3-pointers out of 17 and was also man of the match with a total score of 33 points to his name.

Stephen Curry also broke the record of Celtic Star Ray Allen who scored 8 3-pointers in the second game of the finals against Lakers in 2010. 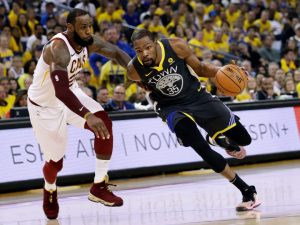 On the other hand, Lebron James performance was admirable as he scored 29 points, 9 rebounds and 13 assists to his teammates, but still they lost the match.

In case if you have missed the highlights of the game 1 click the link below: 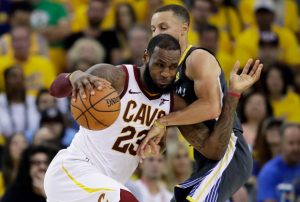 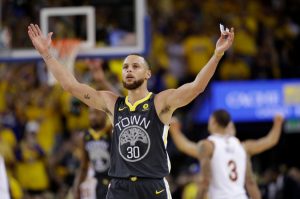 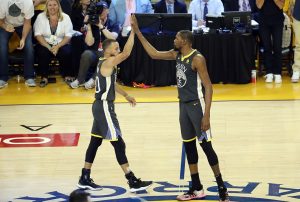 Join allsportspk as soon as you can, so that you can see the Game 3 between Warriors vs Cavaliers on 7th June.