In the second innings West Indies were still short of 28 runs to equal the lead of 121 runs set by Pakistan. West Indies began the final session on the Day 4 with  Kraigg Brathwaite, not lasting  too long as in the first innings. He was puzzled and thus bowled by a faster delivery of Yasir. Nevertheless, Hetmyer and  Powell controlled the early break with a 50-run partnership. As the Indies looked to have settled themselves, Yasir Shah ripped through the top order batsman and ended the day with 4 wickets. West Indies at stumps were 93 for 4. 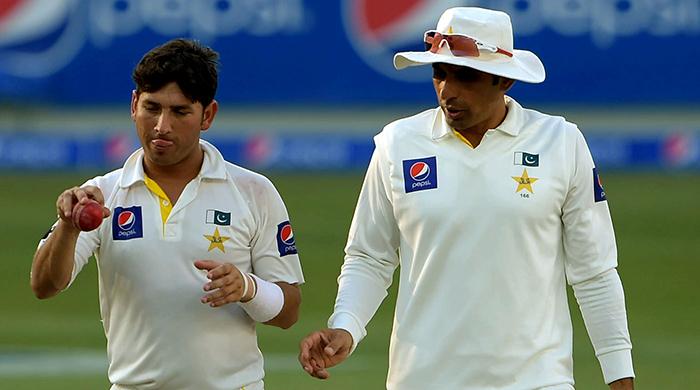 In the early part of the day, Misbah-ul-Haq played another classic innings and became the seventh batsman of Pakistan to score 5,000 Test runs in Test cricket. The list includes: Javed Miandad, Inzamam-ul-Haq, Younis Khan, Zaheer Abbas, Mohammad Yousuf, Salim Malik. The unfortunate part being that Misbah was left standard on 99 and Pakistan’s first innings score totalled 407. Although, Misbah joined another record book page by being the 6th batsman in Test history to be left stranded on 99 not out.

Yasir’s bowling spell in the last minutes of the Day 4 has energised life into the Sabina Park Test. So the last day is bound to be result oriented.

Test Cricket Records: Players Who Barely Missed Out On A Triple Century