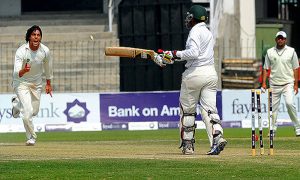 Once again, Pakistan Cricket Board (PCB) is planning to change the schedule of domestic cricket. As, this year the domestic season is scheduled to start from 1st September, unlike the previous year, when it started from 28th September.

According to reports, PCB is currently planning to return to its old equation of holding four day Quaid-e-Azam trophy matches followed by one day cup matches in every round. Moreover, the same venue will be utilized for both the four day and one day formats.

The adjustment in plan also implies that players who are associated with England’s county cricket should leave their responsibilities unfulfilled. And, return to Pakistan to report at the team camp before the deadline which is 15th August.

Players who fail to report before the assigned deadline will be breaking contractual obligations and thereby will suffer from payment deductions.

Furthermore, leaving the county midway will also hamper player’s odds of anchoring another agreement next season. This is because county sides are hesitant about hiring players who cannot play for the concurred timeframe.

At present, PCB has requested that the domestic divisions present a rundown of 25 players alongside the individuals from the support staff before the start of the season.