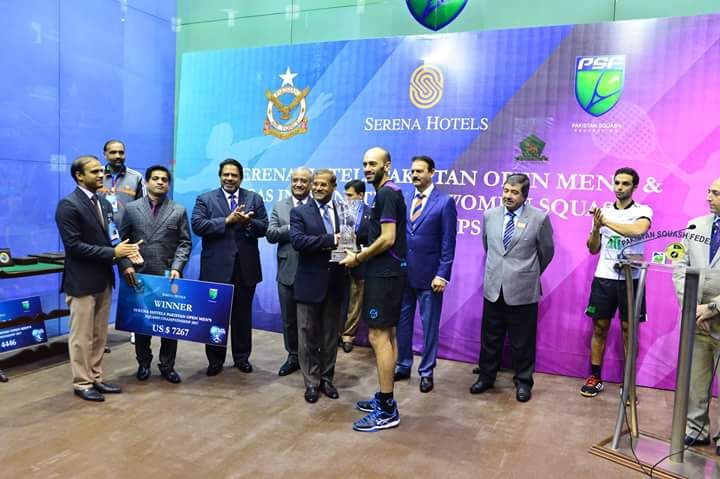 The final of Pakistan Open Men’s Squash Championship 2017, was won by Marwan El Shorbagy. Played at Mushaf Squash Complex, Islamabad, it was a all Egyptian affair between Marwan El Shorbagy and Mohamed Abouelghar.

The US$ 50,000 Pakistan Open Men’s Squash Championship has returned to the international squash circuit after 10 years. 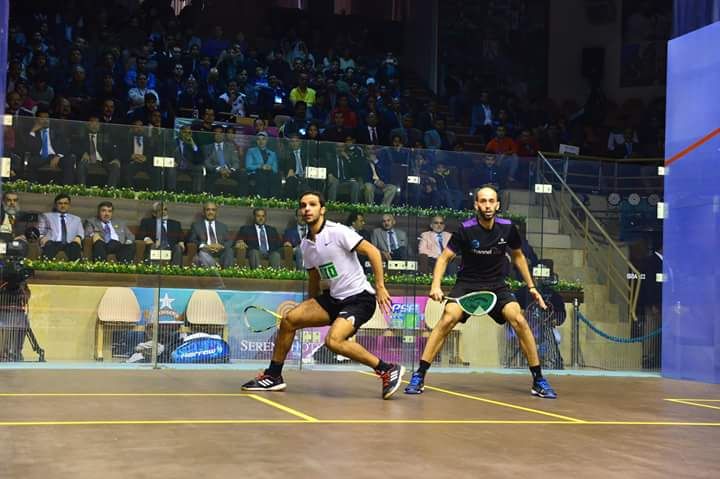 The first game was totally controlled by Marwan El Shorbagy and won 11/3. In the second game Mohamed Abouelghar recovered and won 11/7. The competitive play continued in the  third game but Marwan had an edge and won the game 11/8. The top seed favourity continued his domination and clinched the title by winning the fourth game 11/6.