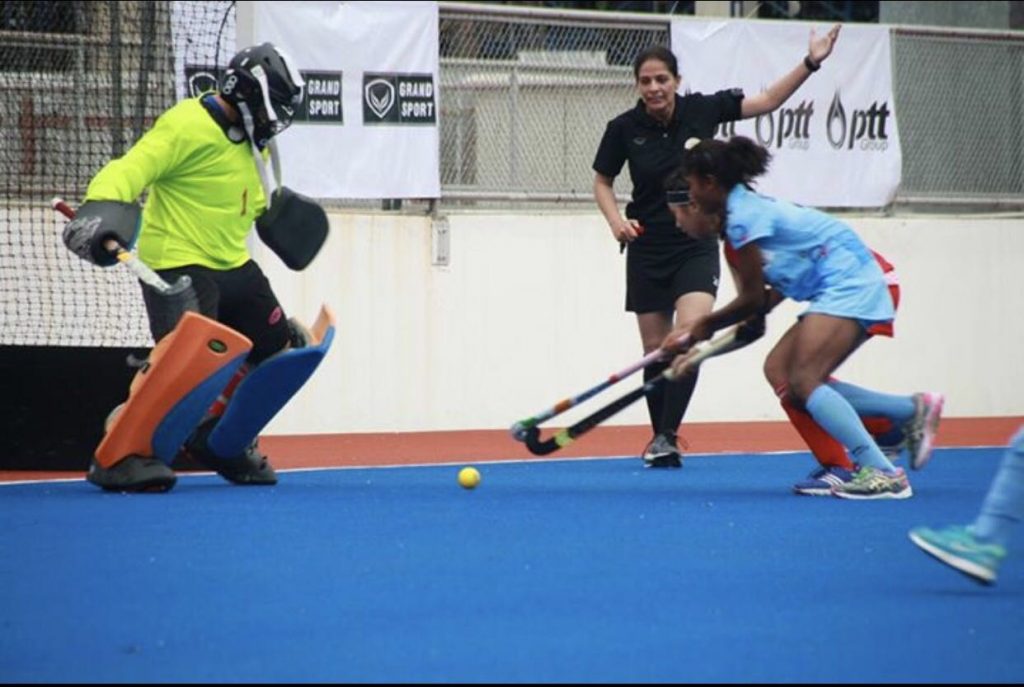 Pakistan’s first female international hockey umpire Binish Hayat has been upgraded to ‘Promising Umpire’.Binish, who has been blowing whistle in the international arena since 2012, was previously placed in the category of ‘International Umpire’. She had umpired at the Asian Challenge Cup, Asian Hockey Federation Under-18 and SAF Games.

With the status of Promising Umpire, Binish Hayat is now eligible to umpire at not only the main Asian events such as Asian Games, Asian Champions Trophy, etc. but also out side Asia, for Euro Hockey Nations Championships, African , Pan American and Oceania Cups. Moreover, she can be called for the FIH events including World Cup & Olympic qualifiers and Hockey World League.