Prepare to be blown away as Allsportspk presents you a list of the top 10 Deadliest Sports that are currently in fashion in the modern world.

Death, comas and inside paralysis. These terms are very well-known to the individuals who play some of the deadliest sports in the world.

Of course, the thrill factor plays huge role in all this, as some people are willing to put their life on the line in order to reach their desired thrill level.

And, the surprising part is that most of these sports are played at an international level and despite several losses of human lives, their popularity grows like an addiction among viewers and players alike.

So, now without further delay, let’s jump straight into the deadliest sports of present-time. 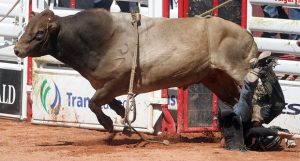 The first reaction when you see a bull is to run right? Well, that is not the case for those individuals who play this sport as it involves them, riding a bull that is about 1000 kg in weight.

Riding is a bull is no joke. A rider who has to ride a bull long enough to score points i.e. the longer he rides the more points he gets.

Some might call it a sport, others an addiction as riding an animal that is 20 or more times powerful than you is thrilling and dangerous at the same time.

This is why the issue of security is the major concern this sport has faced since it was first played in the 16th century. But, despite using loads of equipment to ensure his safety this sport has seen unlimited injuries and concussions and in worst cases death has been the result of such endeavors.

However, regardless of all these dangers of this sport, people are crazy about it various parts of the world including Australia, New Zealand and North America. 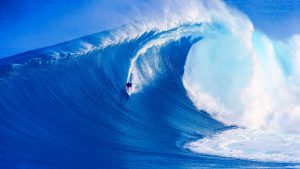 Riding onto waves that are at least 20 feet in height is considered as big wave surfing. A discipline that is extremely hard to master, big wave surfing is not for the faint-hearted individual.

Along, with the added thrill the monetary benefits that this sport provides are immense. As, one of the most attractive prize in this sport is to ride a 100-foot wave and earn $100,000. Wow! right?

From drowning to getting your head smashed by underwater rocks to getting eaten by deadly sharks, in short there are endless possibilities of dying or getting disabled for life while attempting this sport.

Many surfers know all the possibilities of dying if they attempt this sport but still do it, due to the thrill factor that comes with this sport.

A total of 7 categories are included in this sport with several championships that are held every year. This pulls in huge number of crowds who eagerly watch the Big Wave Surfing Contests held at famous locations worldwide like Hawaii, Oahu etc. 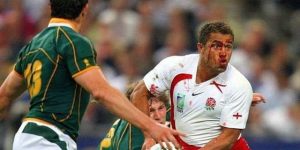 It’s quite obvious isn’t it? Any sport that involves tackling another person with full force onto the ground is considered as a dangerous sport. Well, that is the definition of Rugby.

Rugby involves a 13-player team on each side and for 80 minutes these teams smash against each other in order to score and win. But, when your only protection is your mouth guard and spiked boots, injury chances increase considerably.

Rugby: A Shortcut To Brain Injuries?

A big reason as to why this sport is so dangerous is because a rugby player uses his whole body to play this game and that is why concussions and brain injuries are a common part of this sport.

Despite all this, very little has been said about the dangers that rugby as very few individuals are aware of the severity of this sport in which it affects an athlete.

Some players even get disabled for life while in worst cases death has also been reported. But, despite all this this sport is quite popular and is played internationally in several countries worldwide and even has its own World Cup.

This is the end of Part 1. Part 2 will cover the next 3 deadliest sports in the present world. So, stay tuned and don’t forget to comment down below and let us know your thoughts.