This is the next two matches of the Premier League, Match Day 22 of 38. The match highlights and the top 10 teams points table is included.

Match 8 of 10: Everton vs Bournemouth 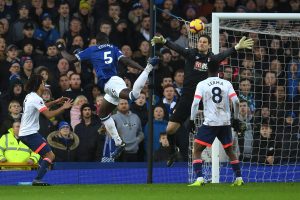 Bournemouth are essentially playing 4-4-2 out of possession and it’s nullifying Everton’s build up. Brooks and King are semi pressing the centre backs and there isn’t enough quality on the ball to progress it to quickly to the attack #EVEBOU #442 #PremierLeague pic.twitter.com/JkhDmL6DAJ

139 – Kurt Zouma is the 139th different player to score a goal for Everton in the Premier League, only West Ham (147), Tottenham (146) and Newcastle (141) have seen more players net for them in the competition. Spread. pic.twitter.com/ITs7hx00Vn

A Kurt Zouma header & a Dominic Calvert-Lewin strike were the difference between the sides in an even contest on Merseyside!

Marco Silva’s side move up to 10th in the Premier League table!#EVEBOU pic.twitter.com/axYMtkOufB

Match 9 of 10: Tottenham vs Manchester United 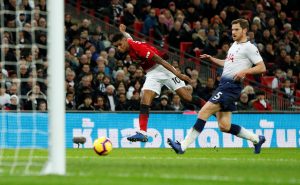 Chelsea won the Premier League the year after Jose Mourinho left. With the same players.

3 – Manchester United have won more Premier League points against ‘big six’ teams in one game under Ole Gunnar Solskjær (3) than they did in five games under Jose Mourinho (2) this season. Upturn. #MUFC #TOTMUN pic.twitter.com/N9JiYqqvzo

Fantastic win for @ManUtd over @SpursOfficial 1-0 thanks to a 44th minute goal by @MarcusRashford. @D_DeGea undoubtedly MOTM proving he’s one of the best GK’s in the world. For more sports updates hit the follow button on my page!? #ManUnited #Spurs #PremierLeague #Football pic.twitter.com/T0lC4JVkmN

The only premier league team to win all the christmas and new year games.

Ole Gunnar Solksjaer says his Manchester United side showed they are ready to compete after a big win over Tottenham in the Premier League#TOTMUN #MUFC pic.twitter.com/2koquyY2pA

?? @PaulPogba for @ManUtd in @PremierLeague this season: