These are the next 4 matches of the Premier League, Match Day 24 of 38. The match highlights and the top 10 teams points table is included.

Match 7 of 10: Southampton vs Crystal Palace 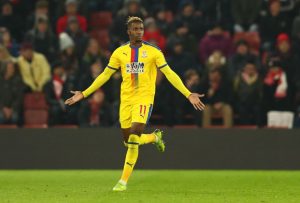 4 – Wilfried Zaha has scored more Premier League goals without netting at home than any other player this season. Travels. #SOUCRY pic.twitter.com/He6YAJUtE6

Match 8 of 10: Bournemouth vs Chelsea 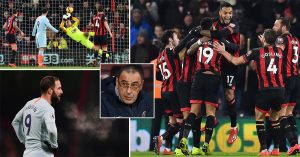 4 – Chelsea have lost a Premier League game by a four-goal margin for just the second time in the competition’s history (also 1-5 v Liverpool in Sept 1996). Shock. pic.twitter.com/Rk9W10v52X

A stunning win for the hosts, thanks to a brace from Josh King, a lovely David Brooks finish and a late Charlie Daniels header#BOUCHE pic.twitter.com/5Nrv089gbM

Match 9 of 10: Liverpool vs Leicester City 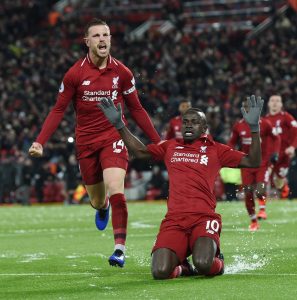 Harry Maguire cancels out Sadio Mane’s early opener – but the Reds’ lead at the top extends to 5 points#LIVLEI pic.twitter.com/2WLh4JpyuI

Chelsea have suffered their joint-heaviest Premier League defeat in the club’s history (together with 1-5 vs. Liverpool in Sep 1996).

Liverpool have dropped points at home in the Premier League for just the second time this season. 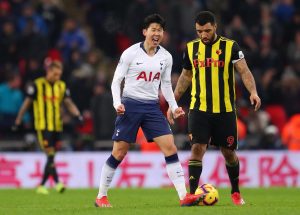 Tottenham dodging draws in the Premier League like pic.twitter.com/6v9PbdFMX5

Write off Mauricio Pochettino’s #Tottenham at your own peril …

Three points, after being down 1-0 down with 10 to go. #TOTWAT #PremierLeague pic.twitter.com/6itwpRpEf1

FT: Spurs 2, Watford 1. Tottenham Hotspur just don’t do Premier League draws. With the scores elsewhere this was a big result for Tottenham after a tough week. Great moment for Llorente as well after a tough night until that point.

Tottenham Hotspur’s victory over Watford tonight means they have gone 28 @premierleague games without a draw – a record set by Bolton between April and December 2011.#BWFC #COYS pic.twitter.com/yCWyqGRSFE

#Tottenham and #Arsenal, the only winners of Premier League’s 24th round.