This is the last three matches of  Premier League, Match Day 4 of 38. The highlights are appended below the points table.

Match 8 of 10: Cardiff City vs Arsenal 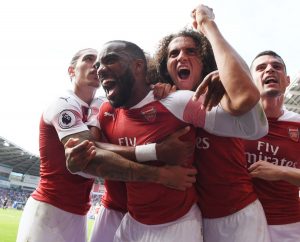 – Defense shaky, much more work to do
– Xhaka still making errors leading to goal. Not good enough
– Torreira’s cameo changed the game once again. He MUST start every single match
– Laca & Auba simply must play together. Best duo in the league #afc

Haters will say we only played 2 away games… #Donthate

Arsenal fans celebrate after the 3-2 win over Cardiff pic.twitter.com/U8ARhw1SDs

Someone said Torreira was just a good DM.
Heck, his forward passing is slick, accurate and deadly!
So much more to this guy than just his pressing and tackling! ?#Arsenal

Match 9 of 10: Watford vs Tottenham 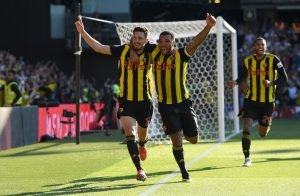 4 – Watford have won their first four league matches of a season for the second time in their entire history and for the first time since the 1988-89 campaign when they were in the second tier. pic.twitter.com/qkKEemfVtk

? @WatfordFC in the @PremierLeague:

Going from winning 3-0 at Old Trafford to currently getting beat by Watford in the space of a week.
Only Tottenham.

Troy Deeney wasn’t even a year old when the Hornets last beat Spurs in the league. ? pic.twitter.com/BOHOqP8tjx 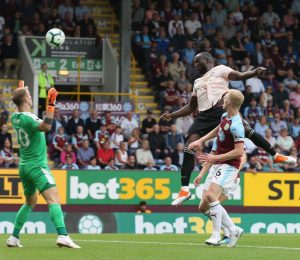 Also, hats off to those travelling Manchester United fans who gave their full backing to the players and José Mourinho. Great to see ?

A very good and important win for Manchester United today. Much better performance. Players stepping up to the plate. Need to see consistency now. Shaw, once again, with a fantastic display. Getting better and better with each game.

I was lowkey praying Pogba would let Lukaku take that PK to bottle his first Manchester United hattrick but Pogba went there to do his frog ? jump and lost it ??