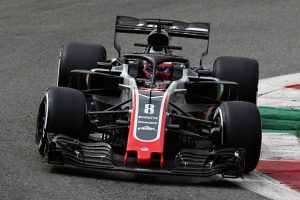 The Haas Formula 1 team has held up its formal interest with the Fédération Internationale de l’Automobile (FIA), over the exclusion of Romain Grosjean from the Italian Grand Prix.

BREAKING: Romain Grosjean has been disqualified from the #ItalianGP! Renault’s complaint meant the FIA discovered the American team had breached a technical regulation with the floor. #F1 #Formula1 #Haas #Renault #Ferrari pic.twitter.com/lIEH4xFkiI

Grosjean was stripped of his 6th place finish in Italy, following a dissent from Renault about the floor design he utilized, in a move that set Renault back ahead in the constructors’ standings.

An examination by the stewards found that Grosjean’s auto did not consent to directions. These directions requested the front corners of the T-plate of the floor have a 50mm sweep, when seen from underneath after another interpretation of the standards in July this year.

Despite knowing about the issue beforehand, the American-owned team had approached the FIA for more opportunity to make revisions to its auto. This is because changes were hard to accomplish, amid the mid year break and so it raced on with its current design.

It’s been proven that @JeanTodt of the @FIA and Jérôme Stoll of @RenaultSportF1 were conversing heavily before the start of the #ItalianGP. It doesn’t take a rocket scientist to conclude how Renault knew to challenge an issue with the floor that wasn’t easily visible. #Collusion pic.twitter.com/2Irw9KTbLU

After that, Haas had until Thursday night to hold up its printed material with the FIA, having made a notification of its purpose to appeal on Sunday night following the Italian GP. And, now it has now affirmed its allure with motorsport’s representing body.

It is quite normal that affirmation of the appeal proceedings, and the planning of any court hearing in Paris, will come one week from now.

Yes, it is understandable that Haas appeals against Renault’s cowardly accusation! but the outcome is given in advance! Little Haas does not stand a chance of winning against those two big French and ridiculous organizations ! @HaasF1Team VS @RenaultSportF1 & @fia = Haas loose !