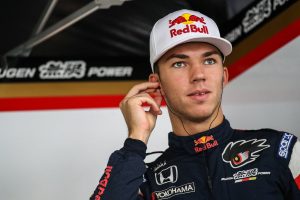 French driver Pierre Gasly will supplant the withdrawing Daniel Ricciardo at Red Bull in the next season of Formula 1.

Aston Martin Red Bull Racing is delighted to announce that Pierre Gasly will join the Team from the beginning of the 2019 sea… https://t.co/x0ruPNJ090

Pierre Gasly hails from France and is a professional racing driver. The 22 year old currently races for Formula One, Scuderia Toro Rosso.

Gasly made his debut at the Malaysian Grand Prix, and has 26 points to his name with his best finish coming of in Bahrain, where he was placed at the 4th position.

Australian Ricciardo will leave for Renault toward the finish of this season. Pierre Gasly seemed excited for this opportunity, as he said:

Red Bull have battled for consistency this year, yet have won three races – two by Ricciardo and one by Verstappen. And, hiring Gasly would certainly strengthen their overall squad.

?? Pierre Gasly will join Red Bull in 2019 alongside Max Verstappen. After numerous successes in the past and strong achievements during the first part of the current season, it’s a well-deserved promotion. #F1 #BelgianGP pic.twitter.com/WYijku1WDN