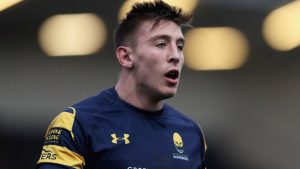 Adams replaces Luke Morgan as one of three changes from the group that beat Scotland, while Williams is joined on the seat by fly-half Dan Biggar as Gareth Anscombe remains at 10.

Williams, Adams, Francis and Biggar were all inaccessible a weekend ago against Scotland since they play for English clubs, and the match fell outside World Rugby’s worldwide window.

Saracens back Williams had been tipped to space into the back three close by Leigh Halfpenny and George North.

Anscombe has been given another possibility at fly-half regardless of the accessibility of Northampton’s Biggar with Rhys Patchell likewise having breezed through blackout convention tests.

With Samson Lee still discounted with hamstring damage, Exeter tight-head Francis begins in front of Lewis who is named among the substitutions.

The other change in the advances sees Beard shape an all-Ospreys second-push organization with Wales skipper Alun Wyn Jones.

Advances mentor Robin McBryde singled out Beard for acclaim on Monday following his substitution execution against Scotland. He beats Dragons captain Hill who was Wales’ late spring visit co-skipper with Cardiff Blues flanker Ellis Jenkins, who has himself recuperated from shoulder damage.

Jenkins is on the seat after back-push trio Dan Lydiate, Justin Tipuric and Ross Moriarty awed a weekend ago.