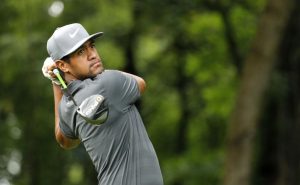 Tony Finau has been chosen as the last wildcard pick by skipper, Jim Furyk as a part of the USA’s Ryder Cup team.

The 28-year-old completed tied eighth at the rain-postponed BMW Championship which was won by Keegan Bradley who did not make it to the team.

Ryder Cup 2018 is scheduled to be held on 28 September near Paris, and the US are the defending champs against Europe. Surprisingly, US team has never won progressive Ryder Cups since 1991 and 1993.

Tony Finau is the last wildcard pick from the US. That team, on paper, looks ridiculously good. Can they all play together as a team? Buzzing for the start of the Ryder cup now

Hard to take issue with Tony Finau being the final #RyderCup captain’s pick. Top 10 in each leg of the #FedExCup and in 3 of the 4 majors.