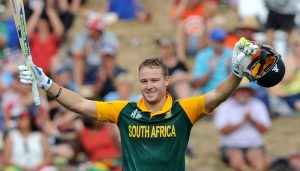 South African batsman David Miller has concluded that he will not feature in first class cricket, with a plan to fortify his game and place in the limited overs team for the nation.

Miller said that it was an intense choice for him to make, having obviously adored playing red ball cricket. He also added that he would focus on his worldwide T20I and ODI vocations, and thus, would quit from his first-class career inside South Africa.

The left-handed center middle order batsman has performed brilliantly in South Africa’s domestic team, namely, The Knights. Since his debut in 2008, to up until this point, he has amassed 3342 runs at an average of over 36.

Miller is likewise one of the most splendid prospects in the nation’s limited overs setup, having performed splendidly up until now. He has earned an astonishing fan base all over the world, following his adventures in various T20 leagues, in the course of the last couple of seasons.

David Miller unavailable for first-class cricket. Brace yourselves. This may be the norm in SA cricket, sooner than we think. That UAE league is paying millions of rands, for 3 weeks of work. The future is here. Ominously…

Considering that David Miller has never played a Test for South Africa, this is probably not so much of a drama https://t.co/WwDkdAFpVe

With the 2019 World Cup looming, David Miller has declared himself unavailable for first-class cricket.

Now all it needs is for India to tour, play ODIs where Miller does well, and he can make a comeback a la Adil Rashid… pic.twitter.com/p61exXiRQr