These are the last 2 matches of La Liga, Match Day 2 of 38. The highlights are appended below the points table. In case, you missed the highlights of the last matches click here. 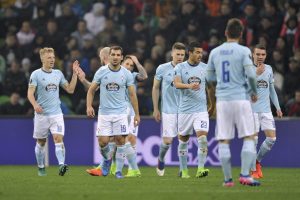 Match 10 of 10: Athletico Bilbao vs Huesca

Huesca doing all the things required to stay up in La Liga. Won at Eibar’s Ipurua last game week & came back from 2-0 to draw 2-2 at Bilbao’s San Mames. Brilliant. https://t.co/NCdFvUV7ni

Quite the start to Huesca’s 1st-ever #LaLiga campaign. They upend Eibar in the opener and today erase a 2-goal deficit to escape with a road draw vs Athletic Bilbao. What a cracking goal by Ezequiel Avila to tie things up! They’re doing pretty well vs Basque sides.

For the first matches of Match Day 3 of 38, visit allsportspk on 31st August.