These are the next 3 matches of La Liga, Match Day 2 of 38. The highlights are appended below the points table. In case, you missed the highlights of the last three matches click here.

Match 6 of 10: Espanyol vs Valencia 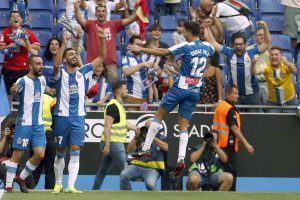 Good win. Valencia were flat for large parts of the game though. They invited Espanyol in.

Espanyol can only thank Valencia for that win. After a strong 30 mins, it slowly started falling apart. I was hoping the centennial season would start as well as the last or better. But hopefully this will make the trophy much sweeter once done. #EspanyolValencia 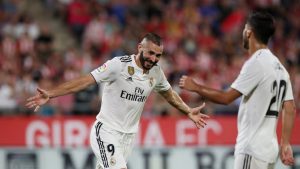 Prediction: Real Madrid wins Champs league this year out of the pure happiness and lightness of not having to put up with Cristiano anymore.

Girona 1 Real Madrid 4 FT. Brilliant comeback thanks to a fantastic second half from Madrid. Bale Benze and Isco were fantastic in the second half. Asensio did really well to win two penalties.

We didn’t have a great start but slowly took over the game and made adjustments. Good away win and three points. #RealMadrid

Match 8 of 10: Sevilla vs Villarreal 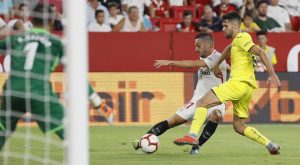 0-0 draw at home against Villarreal…wasn’t the best performance with Villarreal set up playing for the draw…Sevilla looked dire in attack with all the UEL qualifiers taking a toll.

Barren draw written all over it.

For the last two matches of Match Day 2 of 38, visit allsportspk later today.

Breaking World Cup 2018 – France Vs Australia: The Winner is…?